This is the Linux app named Map-Editor to run in Linux online whose latest release can be downloaded as MapEditor_0.1.4.1.7z. It can be run online in the free hosting provider OnWorks for workstations.

Download and run online this app named Map-Editor to run in Linux online with OnWorks for free. 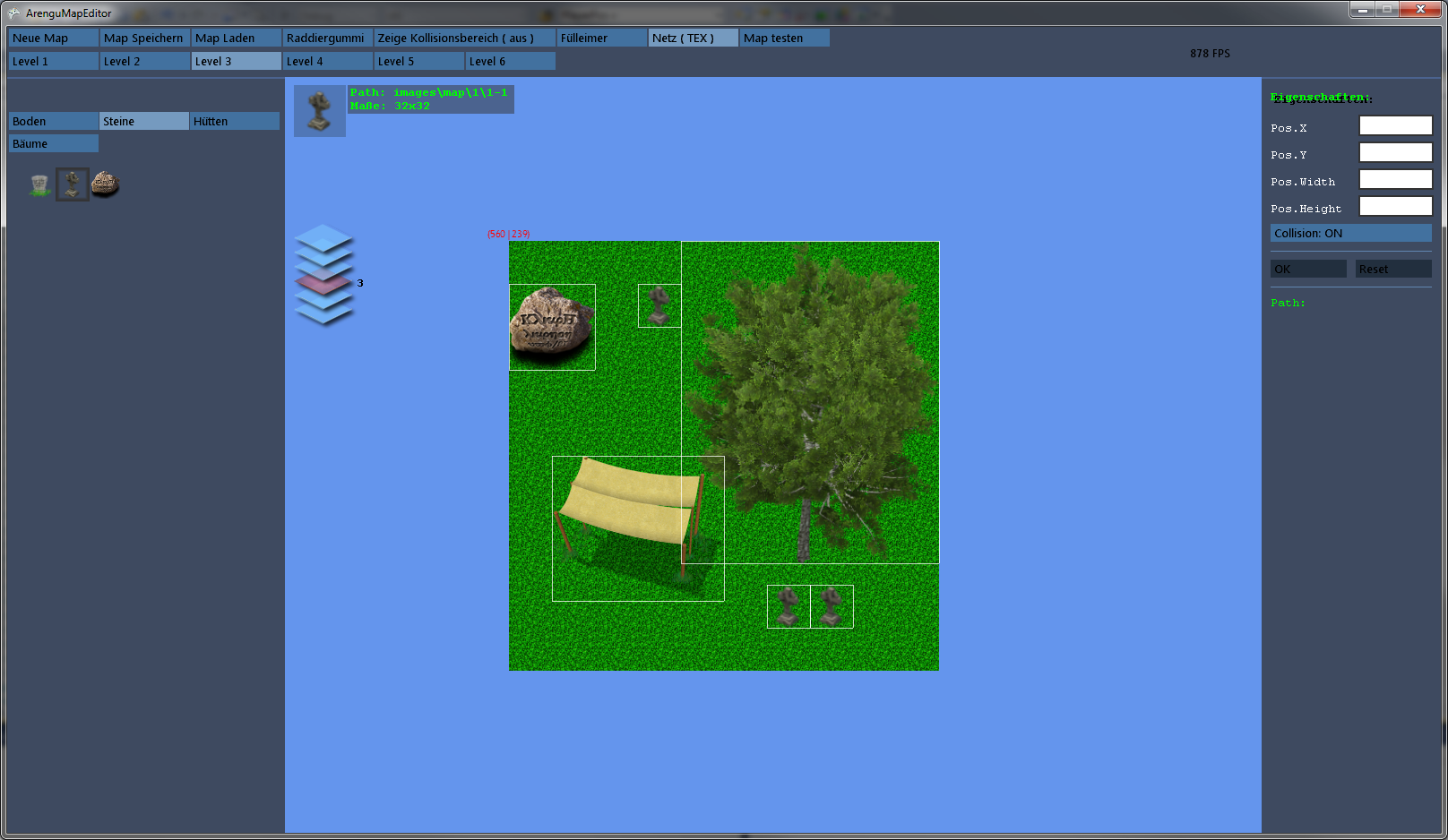 Map-Editor to run in Linux online

!! This project is NOT in developement anylonger !!

This is the Map-Editor of our 2D Indie RPG "Arengu".


Send us your maps!

If you want that the world can play on your maps, than send your maps to arengu@gmx.de.
We'll have a look to your map(s), so that we can decide wether we use them or not.

Your Languagefiles:
Please send us your languagefiles so that we can implement them into the next version or upload them so that everybody can us them!
How to: Create own languagefile ( http://arengu.blogspot.de/p/neue-sprache.html )

This is an application that can also be fetched from https://sourceforge.net/projects/mapeditor.arengu.p/. It has been hosted in OnWorks in order to be run online in an easiest way from one of our free Operative Systems.