Battlefleet to run in Windows online over Linux online

This is the Windows app named Battlefleet to run in Windows online over Linux online whose latest release can be downloaded as battlefleet-2.0.0.tar.gz. It can be run online in the free hosting provider OnWorks for workstations.

Download and run online this app named Battlefleet to run in Windows online over Linux online with OnWorks for free. 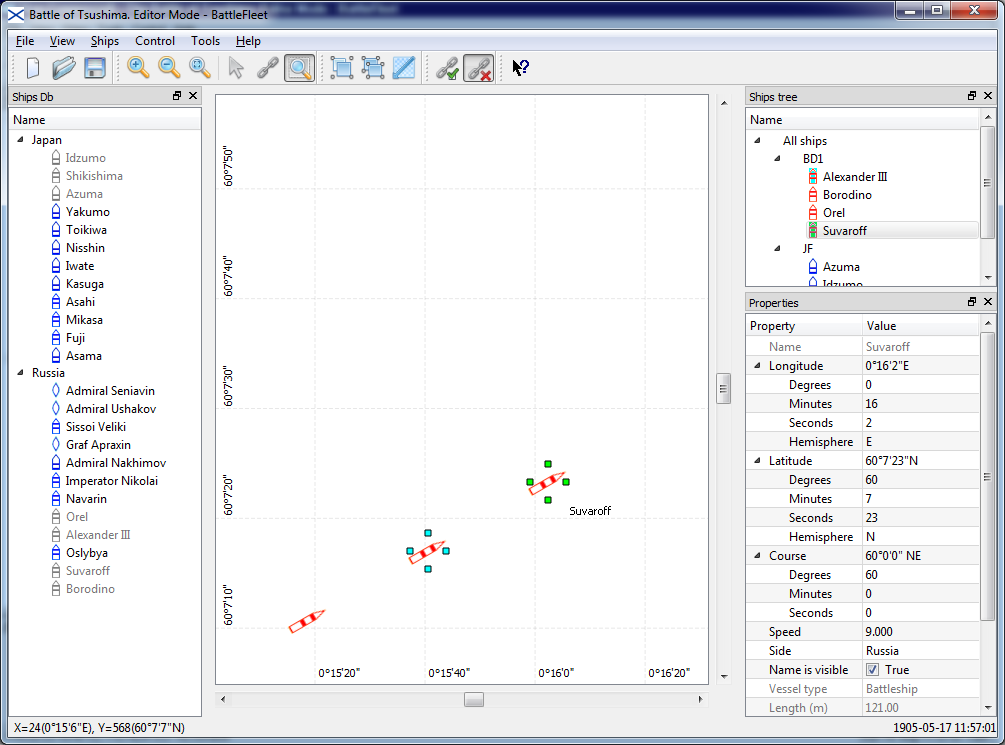 Battlefleet to run in Windows online over Linux online

BattleFleet (BF) is the model of naval conflicts at the turn of the 20th century from the high point of view. In Battlefleet old battles can be reproduced.

The game graphic is primitive - it shows the ships positions on the map. So, it is simple to learn the game.

For now the game allows to reproduce ships movement. The main forces of Russia and Japan in the Tsushima battle are available. Additional ships may be added by user.

The first stage of the Tsushima battle is given as example - one of possible scenarios.

This is an application that can also be fetched from https://sourceforge.net/projects/battlefleet2/. It has been hosted in OnWorks in order to be run online in an easiest way from one of our free Operative Systems.