This is the Linux app named ballspace to run in Linux online whose latest release can be downloaded as ballspace4.6.7z. It can be run online in the free hosting provider OnWorks for workstations.

Download and run online this app named ballspace to run in Linux online with OnWorks for free. 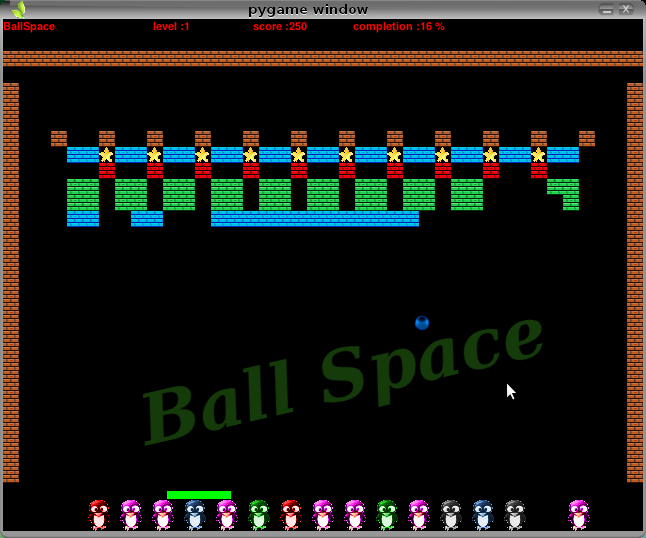 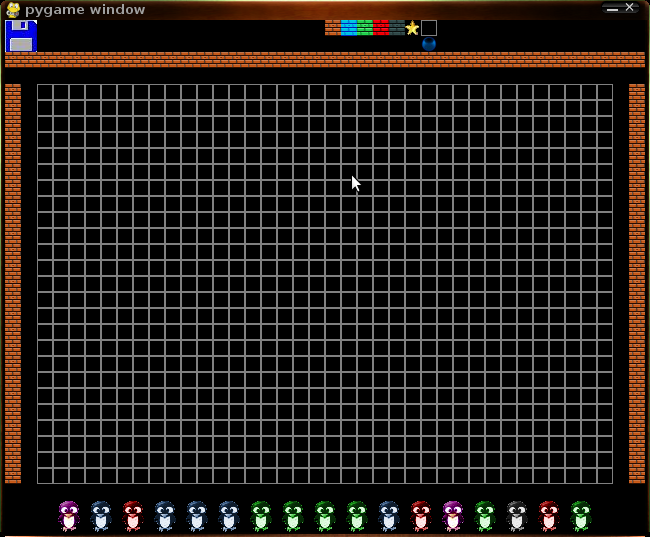 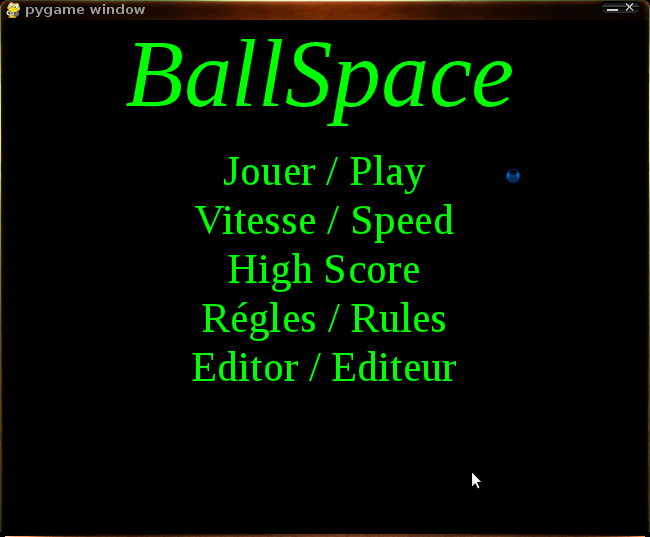 ballspace to run in Linux online

Ballspace is a breakout game with a level editor. Ballspace is different of the classic games :
° You don't have no life in the game but you must protect all the Tuxs at the bottom of the screen. The game is finished as soon as you have no Tuxs to protect.
° You can pass to the next level as soon as you have destroy at least 75% of the bricks in using your super power...
° If a ball falls, you don't lose a life but at worst one or all the Tuxs...
The keys of the game : left and right to move, space to shoot.Escape to exit, Q to quit the current screen. P to pause. F to switch between fullscreen and windowed mode

This is an application that can also be fetched from https://sourceforge.net/projects/ballspace/. It has been hosted in OnWorks in order to be run online in an easiest way from one of our free Operative Systems.