This is the Linux app named Betting Office to run in Linux online whose latest release can be downloaded as bettingoffice-1.5.zip. It can be run online in the free hosting provider OnWorks for workstations.

Download and run online this app named Betting Office to run in Linux online with OnWorks for free. 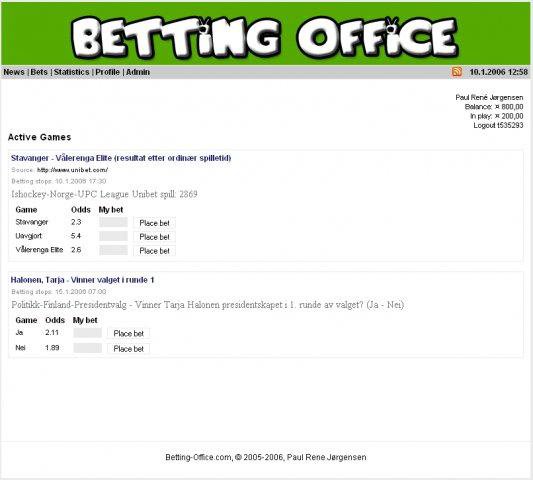 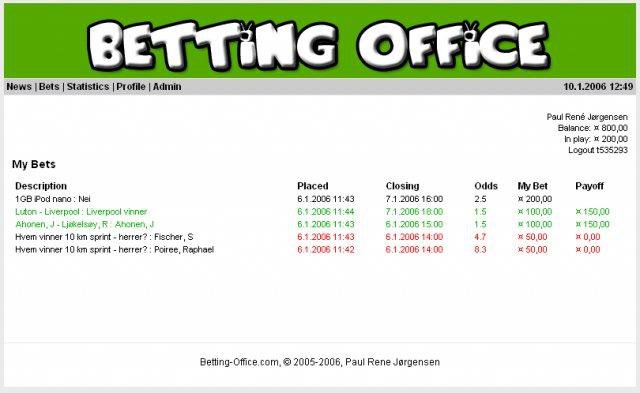 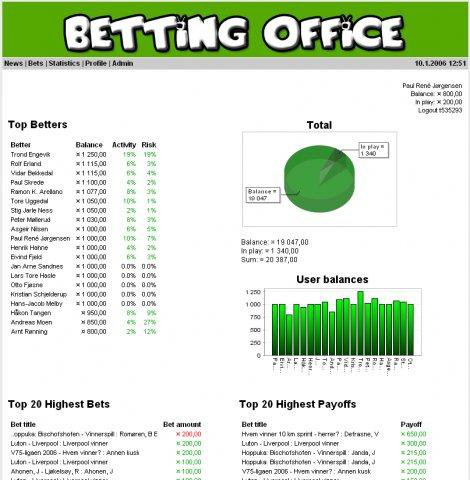 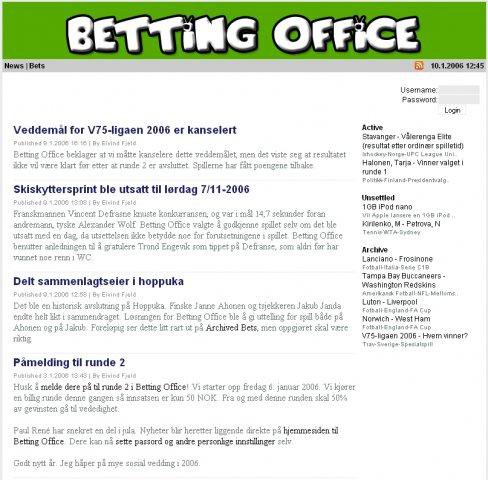 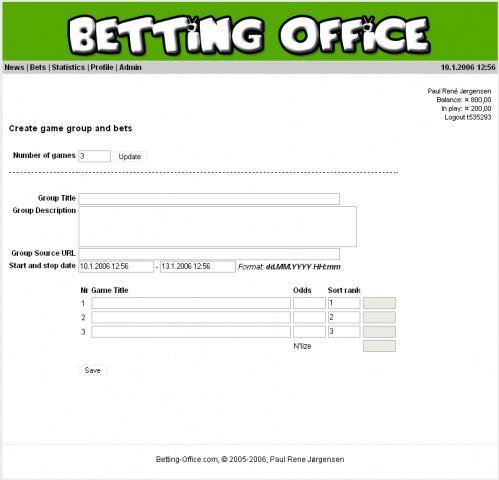 Betting Office allows you to run your own betting agency. Bets can be updated, withdrawn or settled. Complete with email-notifications and news handling and fancy statistics and user profiles. Perfect replacement for the wine-lottery at the office.

This is an application that can also be fetched from https://sourceforge.net/projects/betting/. It has been hosted in OnWorks in order to be run online in an easiest way from one of our free Operative Systems.