This is the Linux app named Marquee Anagrams to run in Linux online whose latest release can be downloaded as Anagrammatist.zip. It can be run online in the free hosting provider OnWorks for workstations.

Download and run online this app named Marquee Anagrams to run in Linux online with OnWorks for free. 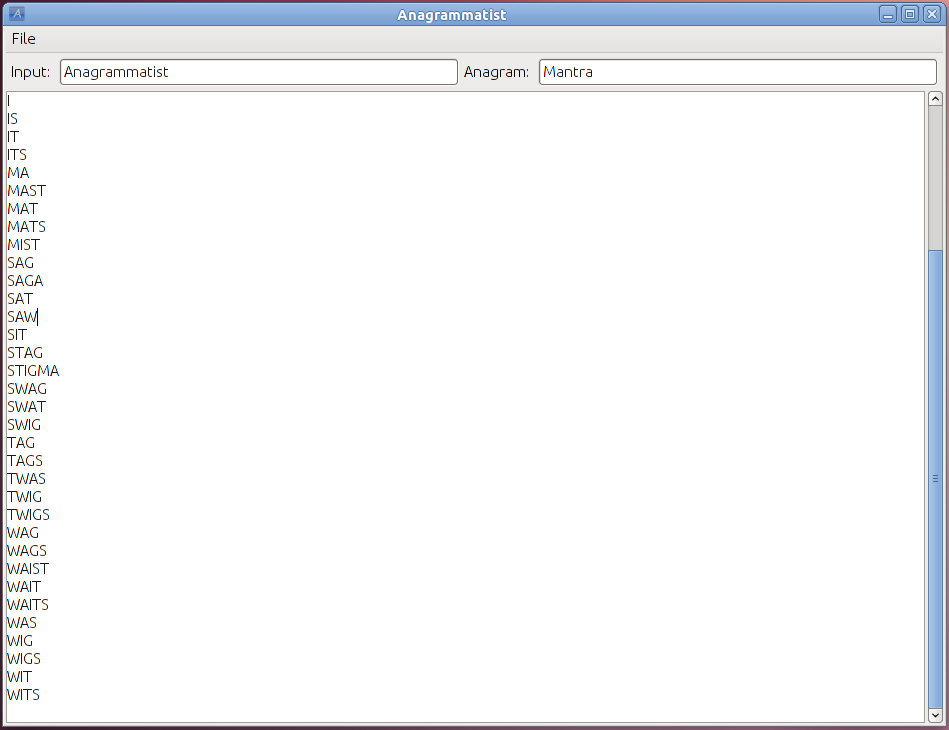 Ever seen a big marquee with another useless message? Sick of seeing the same movie names above the local movie theater? Why not mix things up? This program will help you come up with new messages for you local church sign!

This is an application that can also be fetched from https://sourceforge.net/projects/marqueeanagrams/. It has been hosted in OnWorks in order to be run online in an easiest way from one of our free Operative Systems.