This is the Linux app named PGNreader to run in Linux online whose latest release can be downloaded as pgnreader.tar.gz. It can be run online in the free hosting provider OnWorks for workstations.

Download and run online this app named PGNreader to run in Linux online with OnWorks for free. 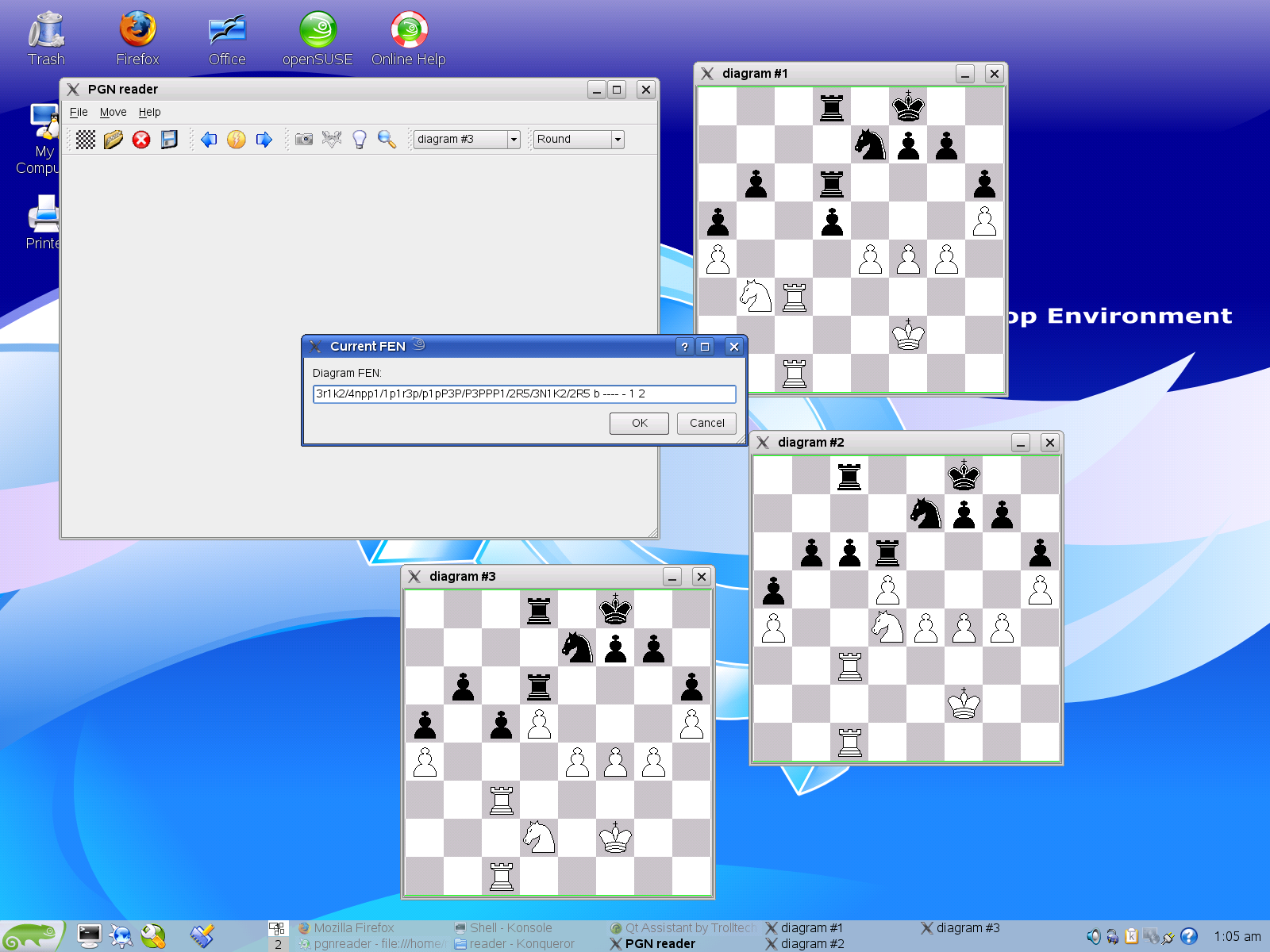 PGNreader to run in Linux online

PGN reader is a Open Source Chess game interface with emphasis on the study of Chess theory and support for traditional Chess notation forms ( FEN, PGN, Agebraic Notation )and modern non proprietary output formats ( XHTML, XML ). It has been tested on Linux and relies on Qt 4.0 and is being developed with the KDevelop IDE in C++.
PGN Reader was born out of a general dissatisfaction with available Chess interfaces and as such presents a unique feature set which emphsizes the study of Chess and traditional Chess notation forms as well as embracing the Open Source philosophy non proprietary culture of the Chess community.

Some of the notable features are.

This is an application that can also be fetched from https://sourceforge.net/projects/pgnreader/. It has been hosted in OnWorks in order to be run online in an easiest way from one of our free Operative Systems.