This is the Linux app named PTkEI2 to run in Linux online whose latest release can be downloaded as ptkei-2.00.0.tar.gz. It can be run online in the free hosting provider OnWorks for workstations.

Download and run online this app named PTkEI2 to run in Linux online with OnWorks for free. 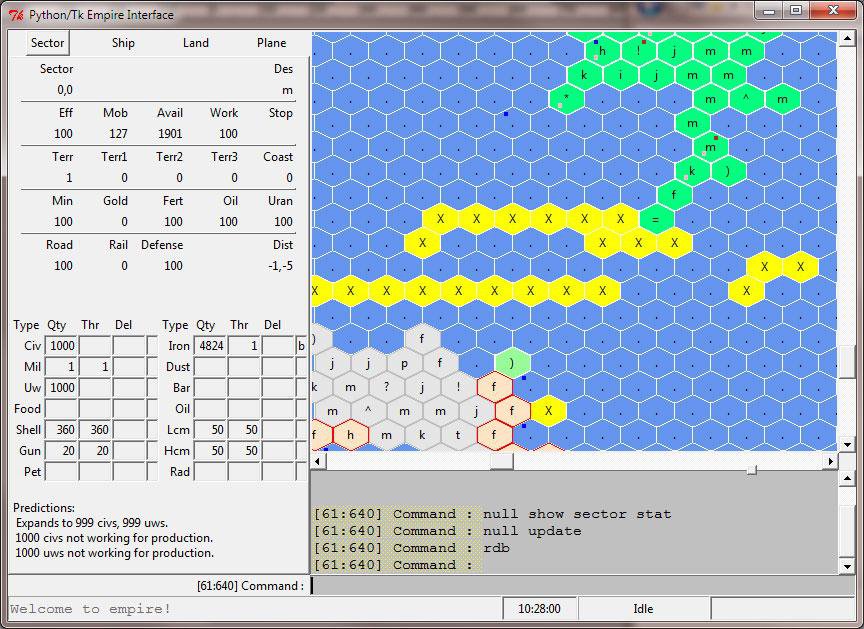 PTkEI2 to run in Linux online

The Python/Tk Empire Interface is a graphical front end to the Wolfpack Empire server (www.wolfpackempire.com). Ptkei (the client's nickname) provides a powerful graphics based interface to what would otherwise be a purely terminal based game.

This client functions solely as a client. In order to use this program effectively one must be familiar with Empire.

Python is a very high-level interpretive programming language. Ptkei uses this language (and its interface to Tcl/Tk) to provide a flexible, portable, and fast interface.

Thanks to the developers, contributors and maintainers of PTkEI.

PTkEI 2.00.0 is now available! So far, works with Windows7 & Linux with Python 2.7.X. Read the documentation for full details. Includes tool for the visually impaired. Enjoy!

This is an application that can also be fetched from https://sourceforge.net/projects/ptkei2/. It has been hosted in OnWorks in order to be run online in an easiest way from one of our free Operative Systems.