This is the Windows app named Bagh Bandi - Surround the Tiger to run in Windows online over Linux online whose latest release can be downloaded as bagh-bandhi-0.1.zip. It can be run online in the free hosting provider OnWorks for workstations.

Download and run online this app named Bagh Bandi - Surround the Tiger to run in Windows online over Linux online with OnWorks for free. 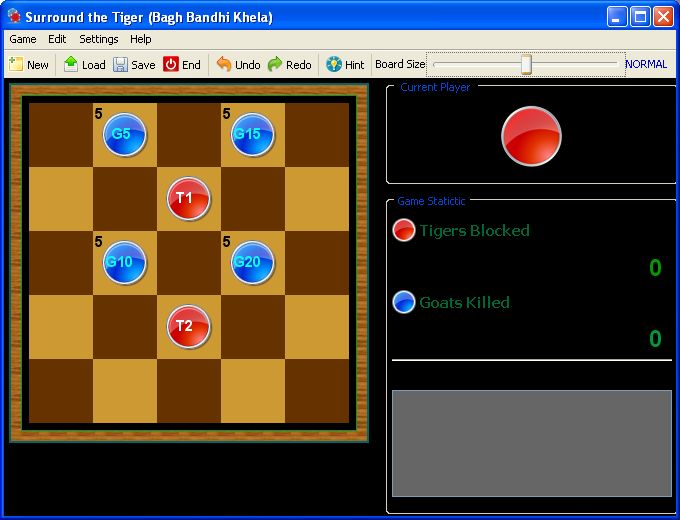 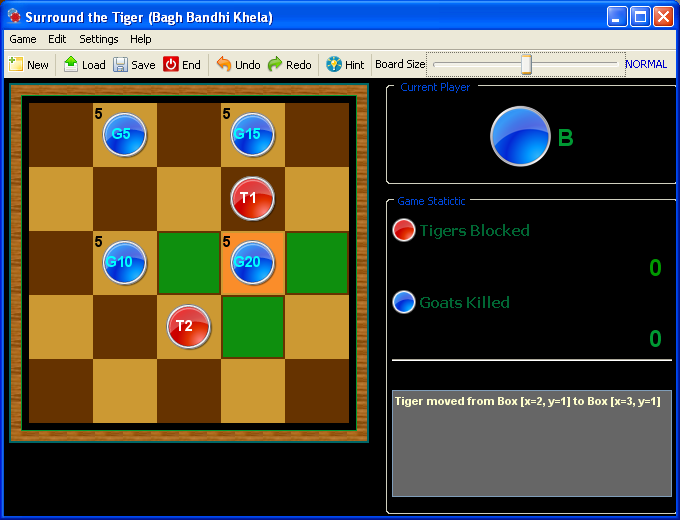 Bagh bandi is a two-player abstract strategy board game from Lower Bengal, India. It is a hunt game. It uses an Alquerque board, and therefore, Bagh bandi is specifically a tiger hunt game (or tiger game). There are two tigers attempting to elude and capture as many goats while the goats are attempting to surround and trap the tigers. An interesting and uncommon feature in this game is that the goats are piled up on four points of the board at the beginning of the game. Piling up pieces is an unusual feature in hunt games or any board game in general. The only other hunt game that uses this feature is Sher-bakar, a game closely related to Bagh bandi.

This is an application that can also be fetched from https://sourceforge.net/projects/bagh-bandi/. It has been hosted in OnWorks in order to be run online in an easiest way from one of our free Operative Systems.