This is the Windows app named JavaScript Texas Hold em Poker to run in Windows online over Linux online whose latest release can be downloaded as jsholdem0.95beta.zip. It can be run online in the free hosting provider OnWorks for workstations. 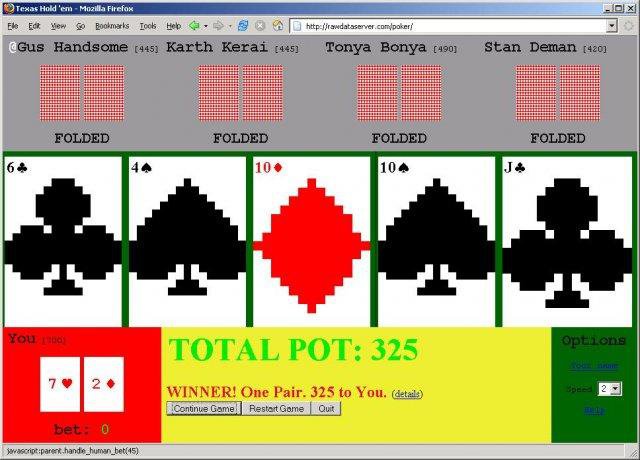 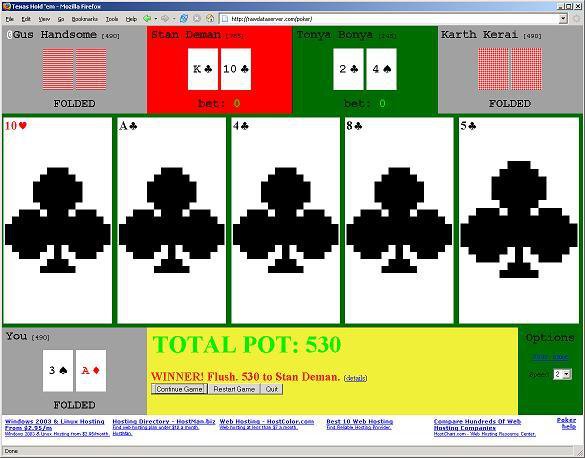 A JavaScript Texas Hold 'em Poker game, holdem, that runs in most web browsers. This is a one-player game against bot opponents. The game loads once and never hits the server again so it can be played even when your internet connection goes down.

This is an application that can also be fetched from https://sourceforge.net/projects/jsholdem/. It has been hosted in OnWorks in order to be run online in an easiest way from one of our free Operative Systems.