This is the Windows app named jnostromo to run in Windows online over Linux online whose latest release can be downloaded as jnostromo-1.5.2-linux-installer.run. It can be run online in the free hosting provider OnWorks for workstations.

Download and run online this app named jnostromo to run in Windows online over Linux online with OnWorks for free. 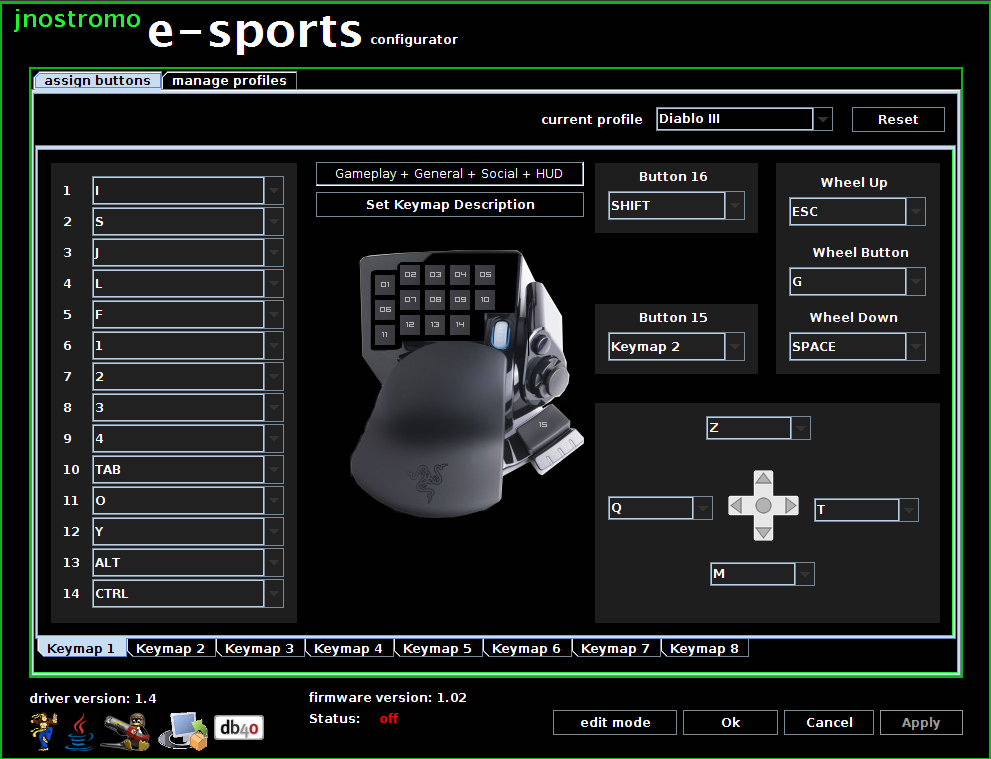 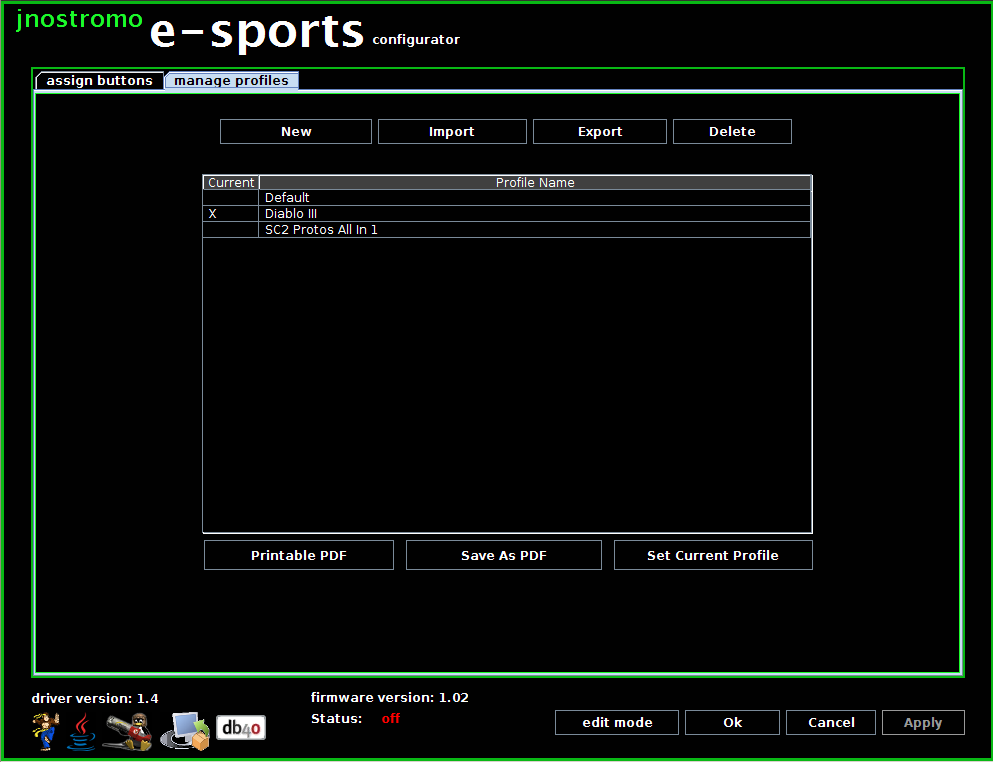 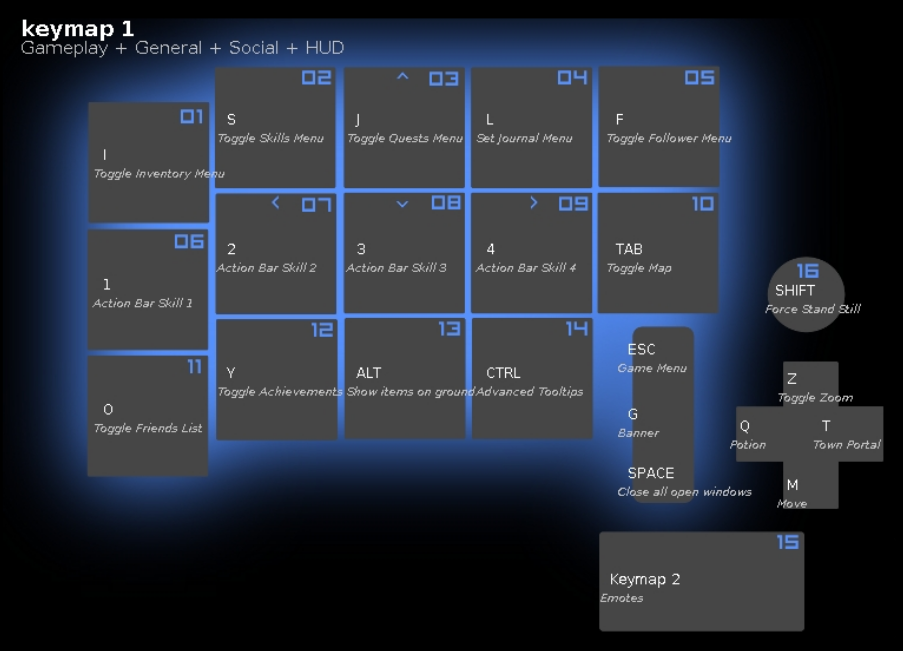 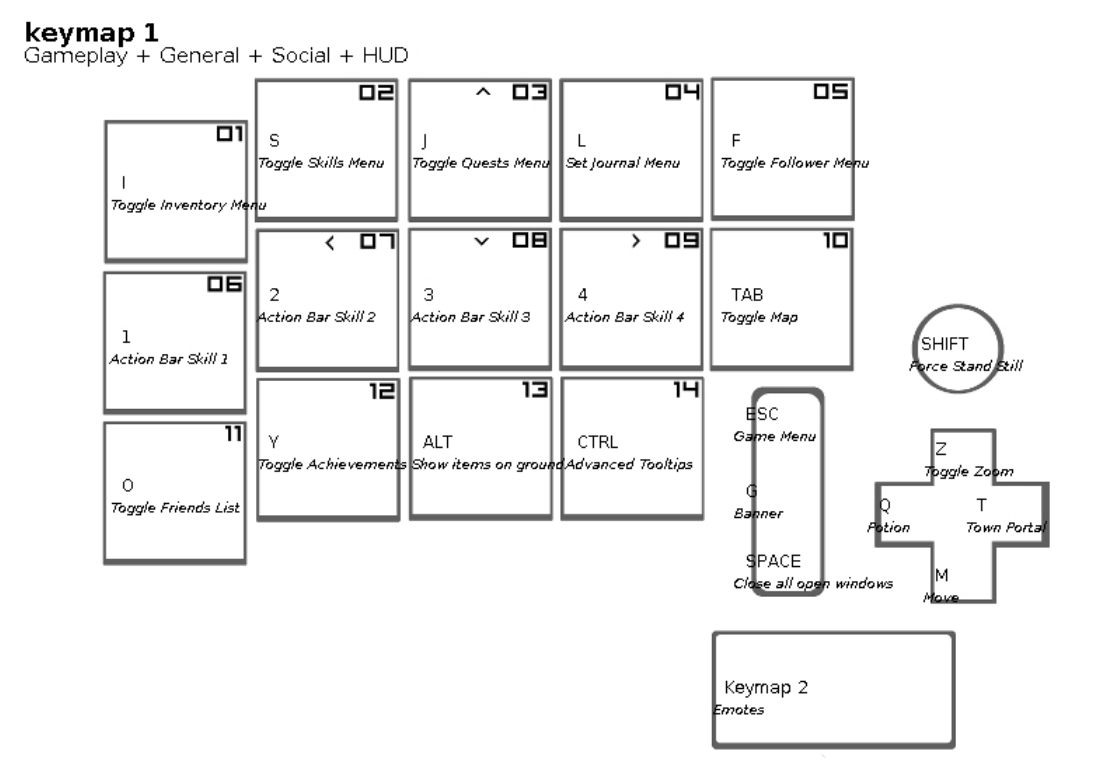 jnostromo to run in Windows online over Linux online

jnostromo provides drivers for the Razer Nostromo & Belkin N52/N52te designed to be E-Sport legal. Profiles are unique user defined keymappings and can be created for each game. Each profile can have up to 8 unique keymaps with mappings to switch between keymaps.

Its the goal of this project to make jnostromo the driver of choice for E-Sports and competitive gamers!
Version 1.5 Tutorial Video
http://youtu.be/EkLRJiqoE_o

Note, version 1.5.2 has just been released (tarball) which includes an important bug fix. Before, holding down a key repeats the key, now the application only receives a single key when a key is held down.

This is an application that can also be fetched from https://sourceforge.net/projects/jnostromo/. It has been hosted in OnWorks in order to be run online in an easiest way from one of our free Operative Systems.