This is the Windows app named Last Stand Encounter Builder to run in Windows online over Linux online whose latest release can be downloaded as LastStand.zip. It can be run online in the free hosting provider OnWorks for workstations.

Download and run online this app named Last Stand Encounter Builder to run in Windows online over Linux online with OnWorks for free. 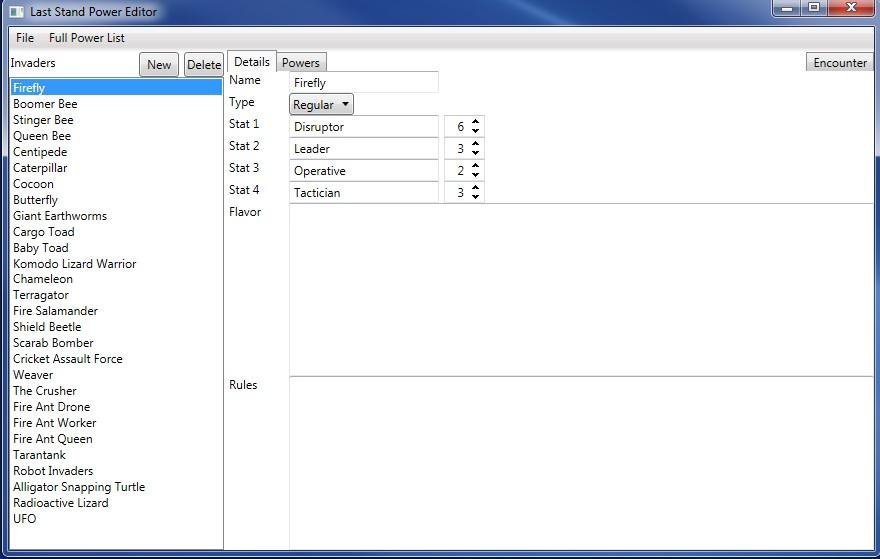 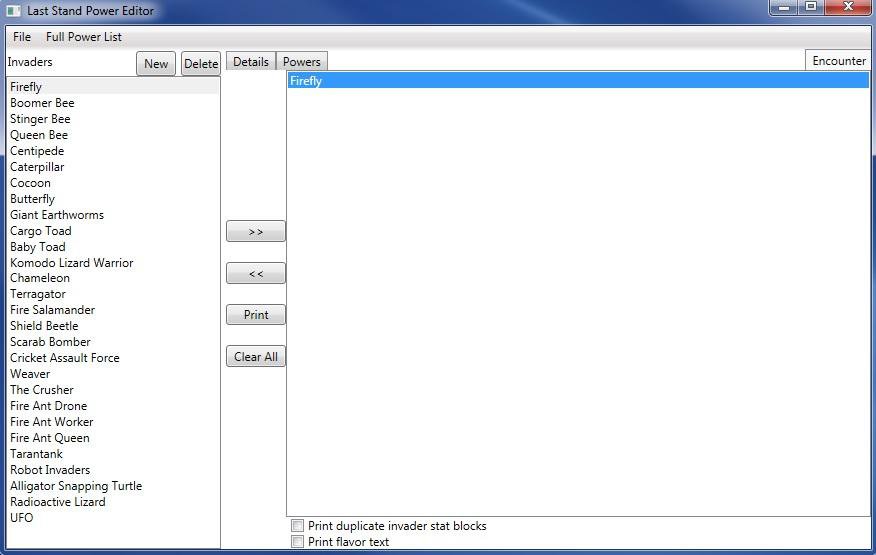 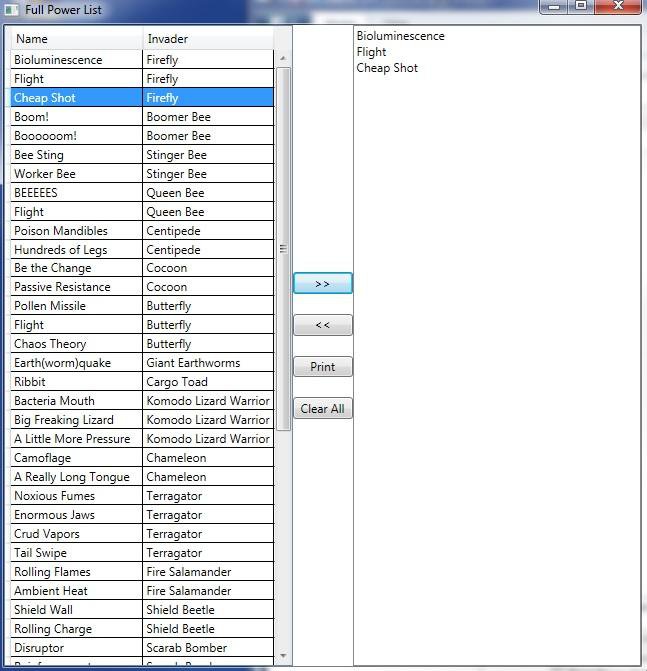 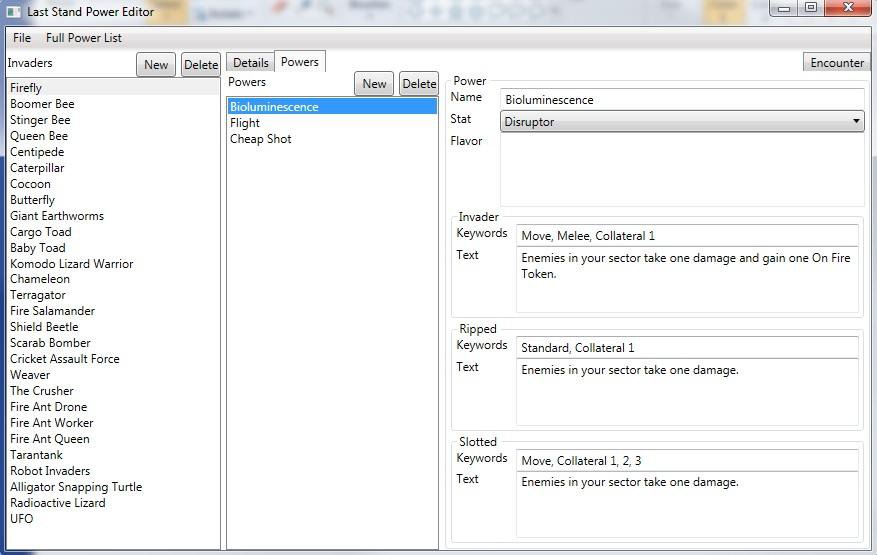 Tired of a billion unformatted strips of paper littering your table while playing the new Last Stand RPG from Fünhaver Games (www.funhavergames.com )? I know I was. That's why I wrote the Last Stand Encounter Builder.

With this tool you can create and edit Invader stats and powers, and then print them in nicely formatted cards or save them to PDF.

The powers are designed to be the same size as American Mini cards (so, the same as the little cards in Warhammer Fantasy, X-Wing Miniatures, and many other Fantasy Flight games) and will fit in card sleeves of that size. I also like to put an actual card in between the front and back to give them a little heft, but YMMV.

The Invader printout is designed to be an easy to read list of invader capabilities to use at the table. It comes with the option of printing with or without flavor text or multiples of the same Invader (in case you want to be able to take notes on each individual Invader).

This is an application that can also be fetched from https://sourceforge.net/projects/laststandeb/. It has been hosted in OnWorks in order to be run online in an easiest way from one of our free Operative Systems.