This is the Windows app named Sudoku Dare to run in Windows online over Linux online whose latest release can be downloaded as SudokuDare.msi. It can be run online in the free hosting provider OnWorks for workstations.

Download and run online this app named Sudoku Dare to run in Windows online over Linux online with OnWorks for free. 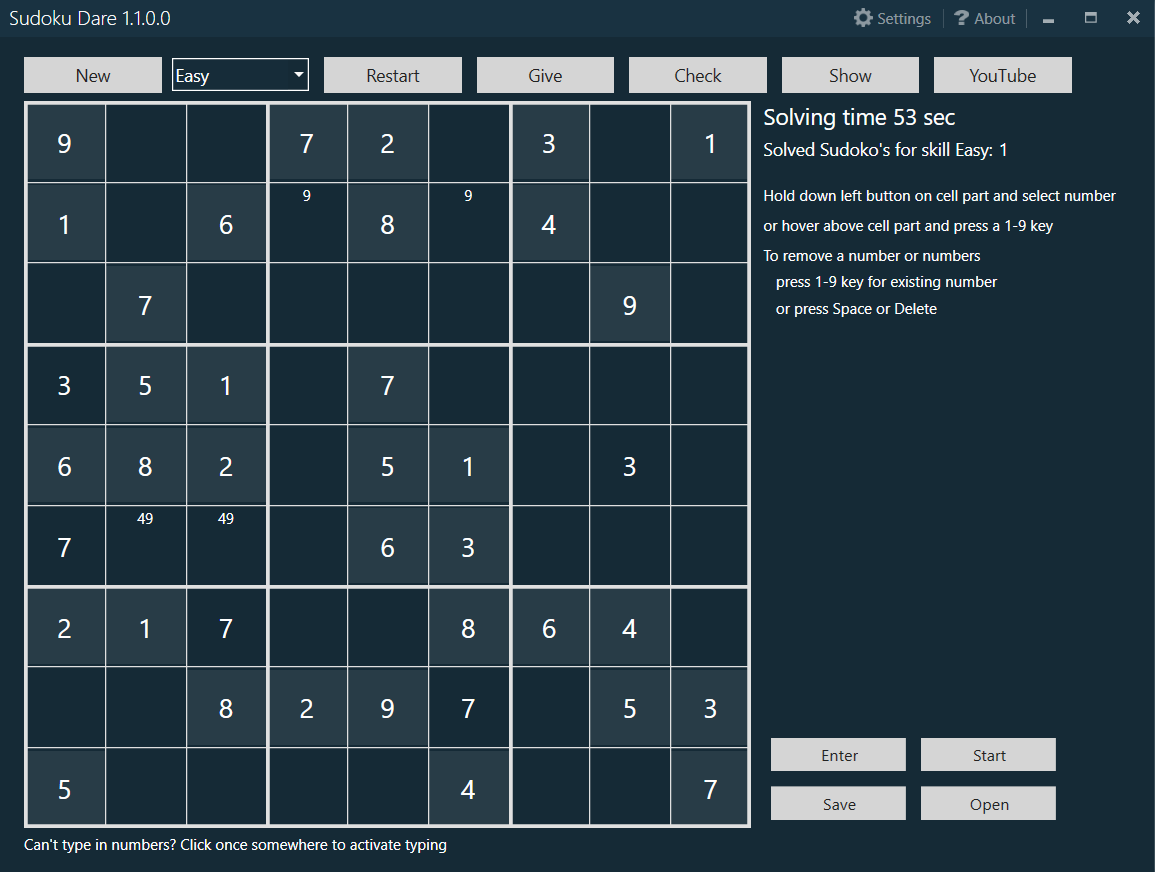 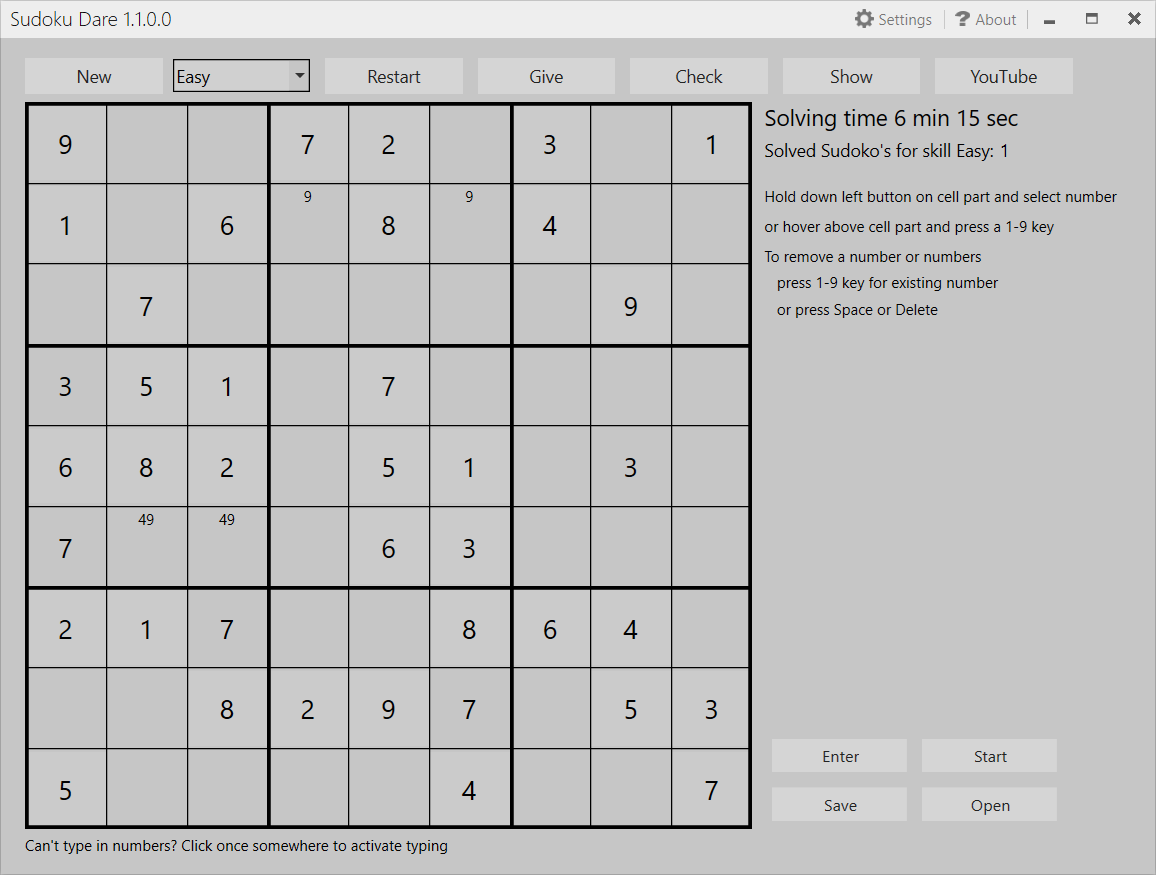 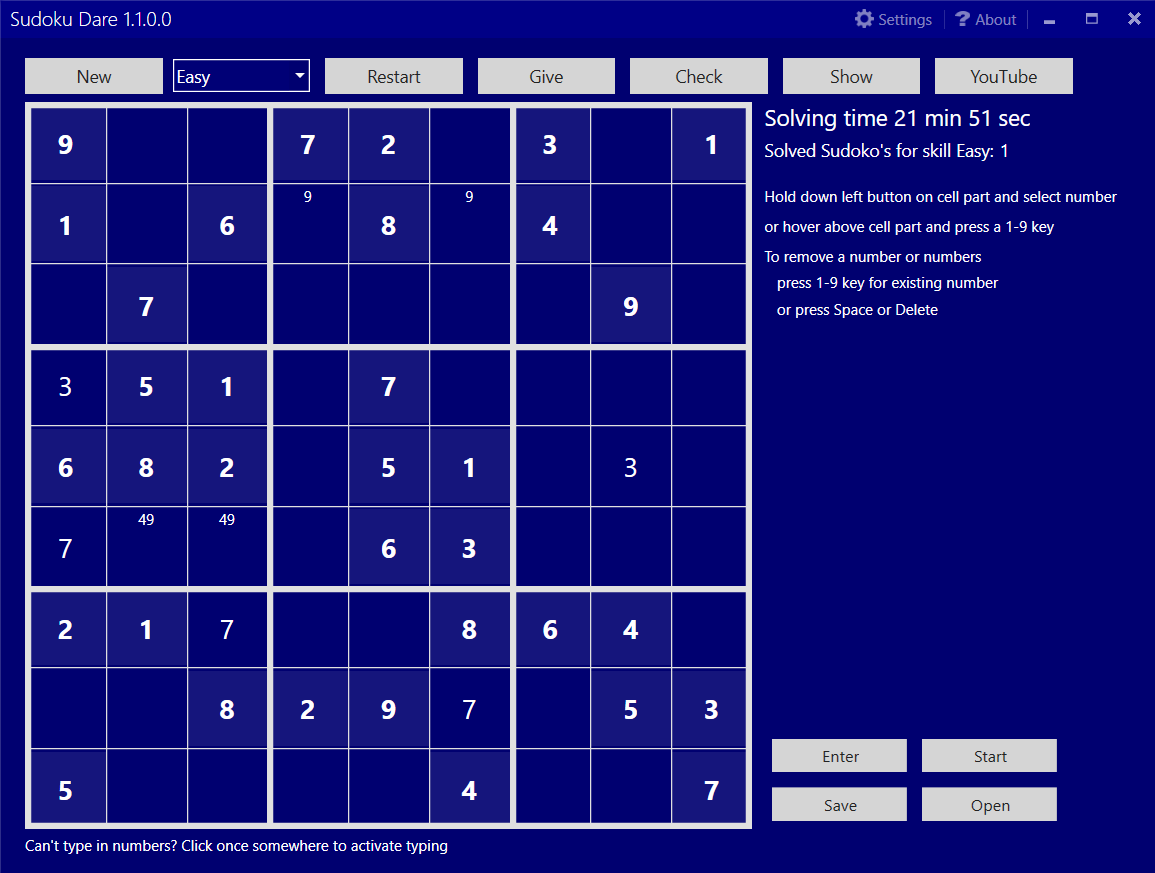 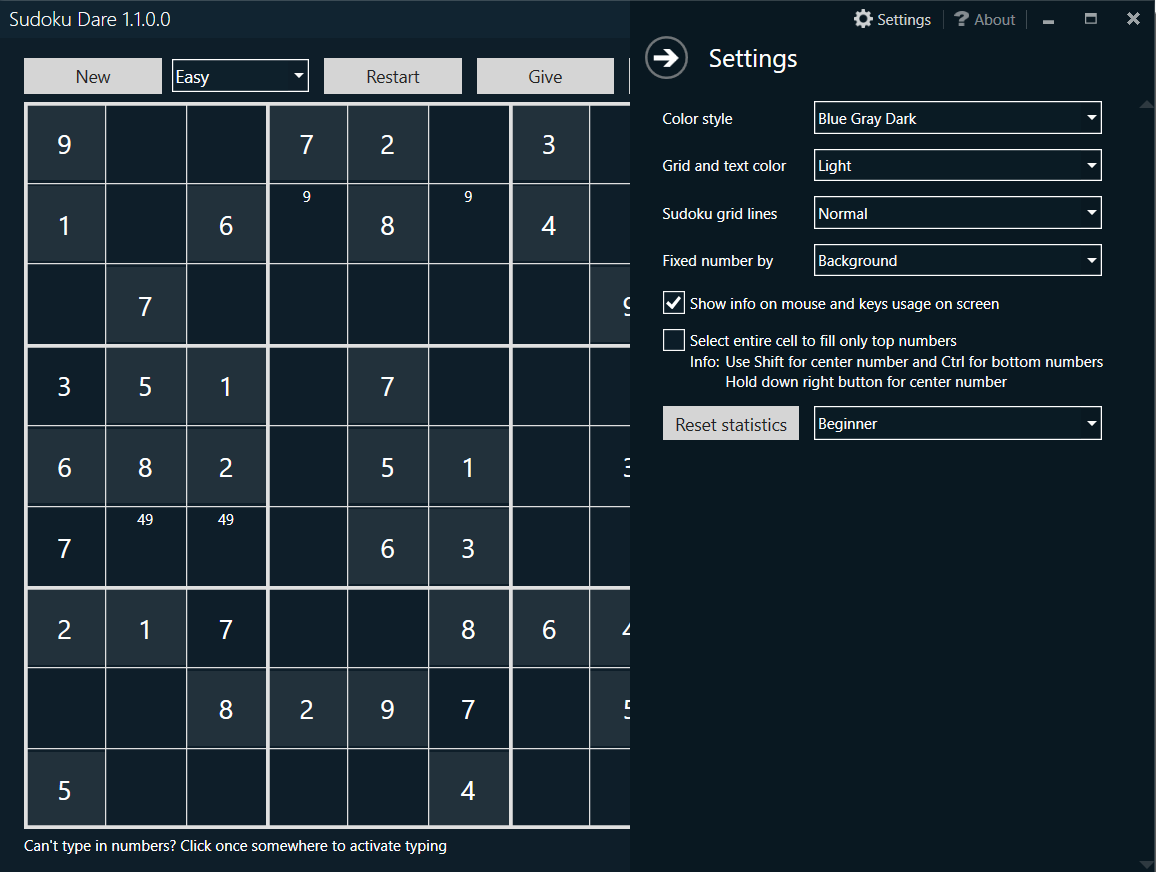 Sudoku Dare to run in Windows online over Linux online

As Windows app Sudoku Dare lets you improve your sudoku solving skill. It has an easy to use interface for solving easy, moderate and difficult sudoku's. To enter a number in a sudoku cell just hover above it and type a number. Or fill in a number by mouse by right clicking on a cell and select a number from the small popup number window.

This is an application that can also be fetched from https://sourceforge.net/projects/sudoku-dare/. It has been hosted in OnWorks in order to be run online in an easiest way from one of our free Operative Systems.