This is the Windows app named The Pale Moon Treasure to run in Windows online over Linux online whose latest release can be downloaded as inst_palemoon_1.0.0_is.exe. It can be run online in the free hosting provider OnWorks for workstations.

Download and run online this app named The Pale Moon Treasure to run in Windows online over Linux online with OnWorks for free. 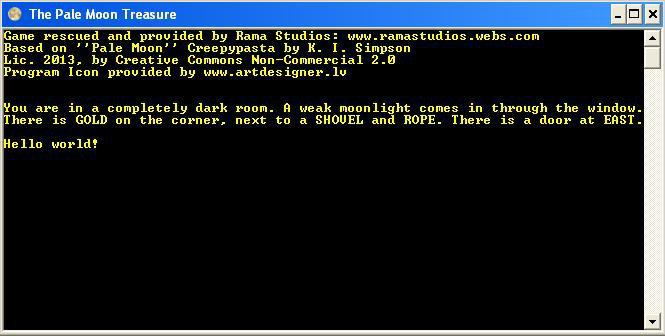 Remake game inspirated by K. I. Simpson's famous creepypasta, "Pale Moon". User has to move through this misterious game basing his way on the original story instructions. But, instead from the story, reward is a bit different...

This is an application that can also be fetched from https://sourceforge.net/projects/thepalemoon/. It has been hosted in OnWorks in order to be run online in an easiest way from one of our free Operative Systems.