This is the Linux app named Galaxy Forces MMORPG to run in Linux online whose latest release can be downloaded as galaxy-0.5.8.7z. It can be run online in the free hosting provider OnWorks for workstations.

Download and run online this app named Galaxy Forces MMORPG to run in Linux online with OnWorks for free. 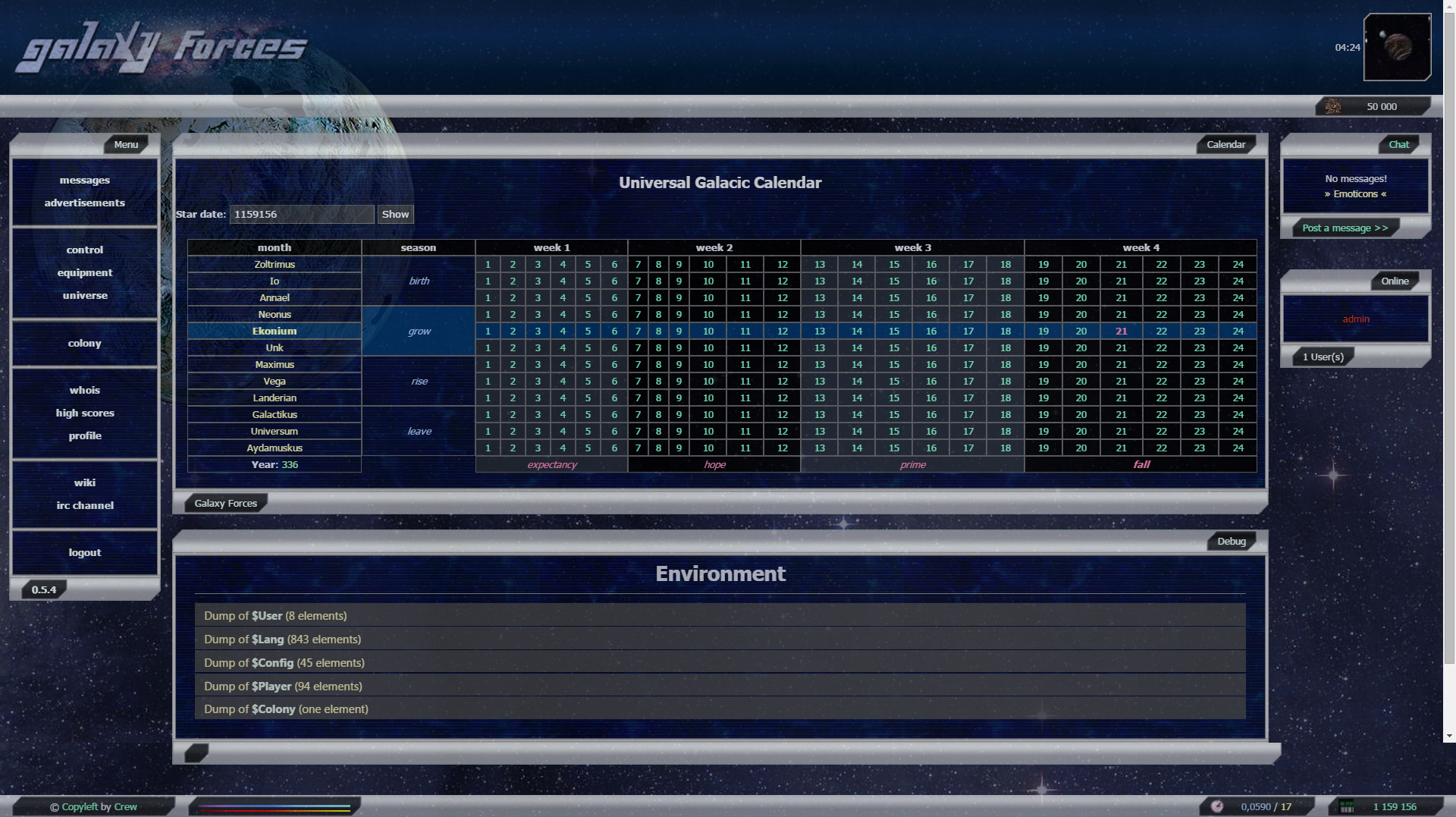 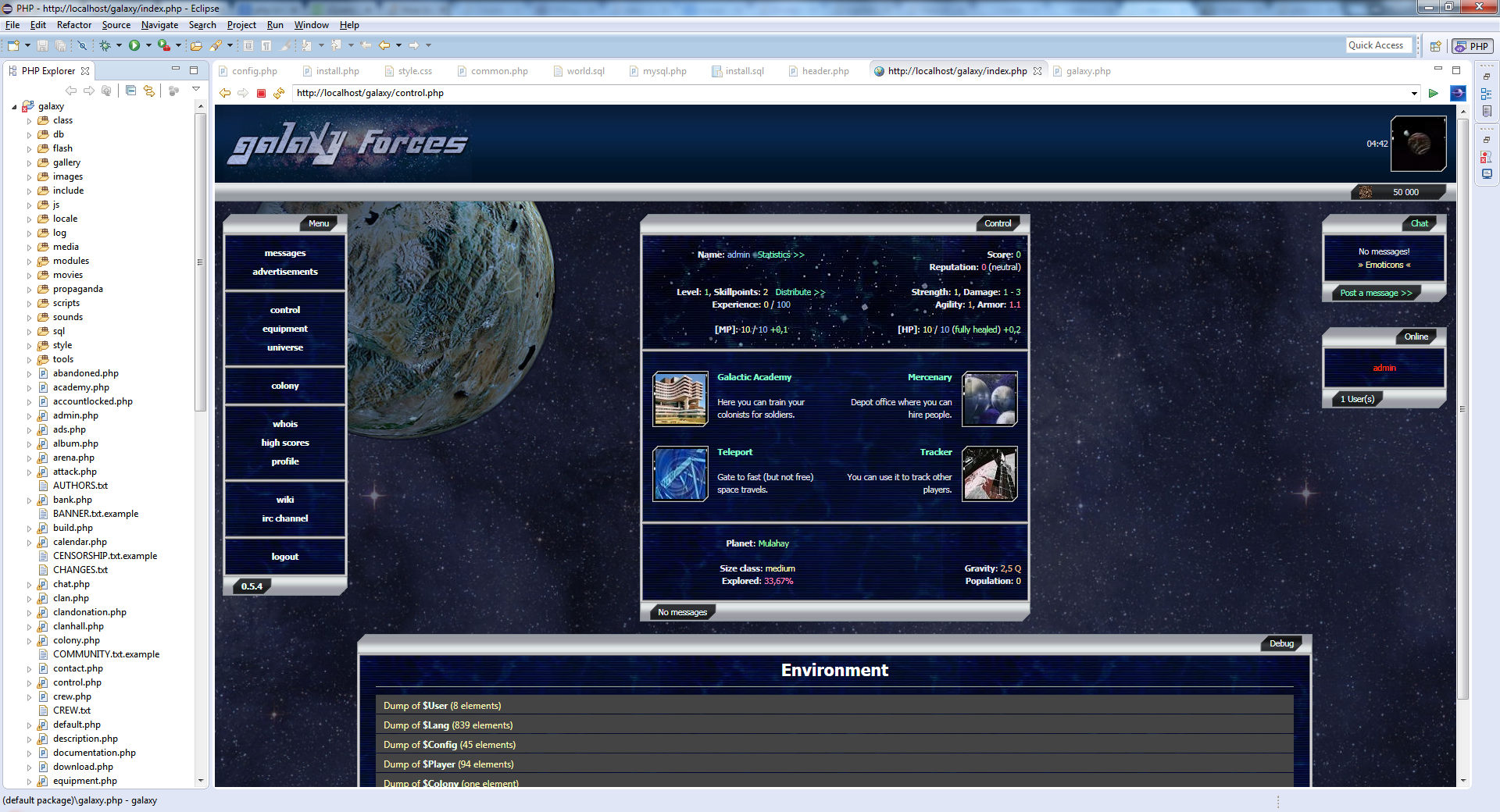 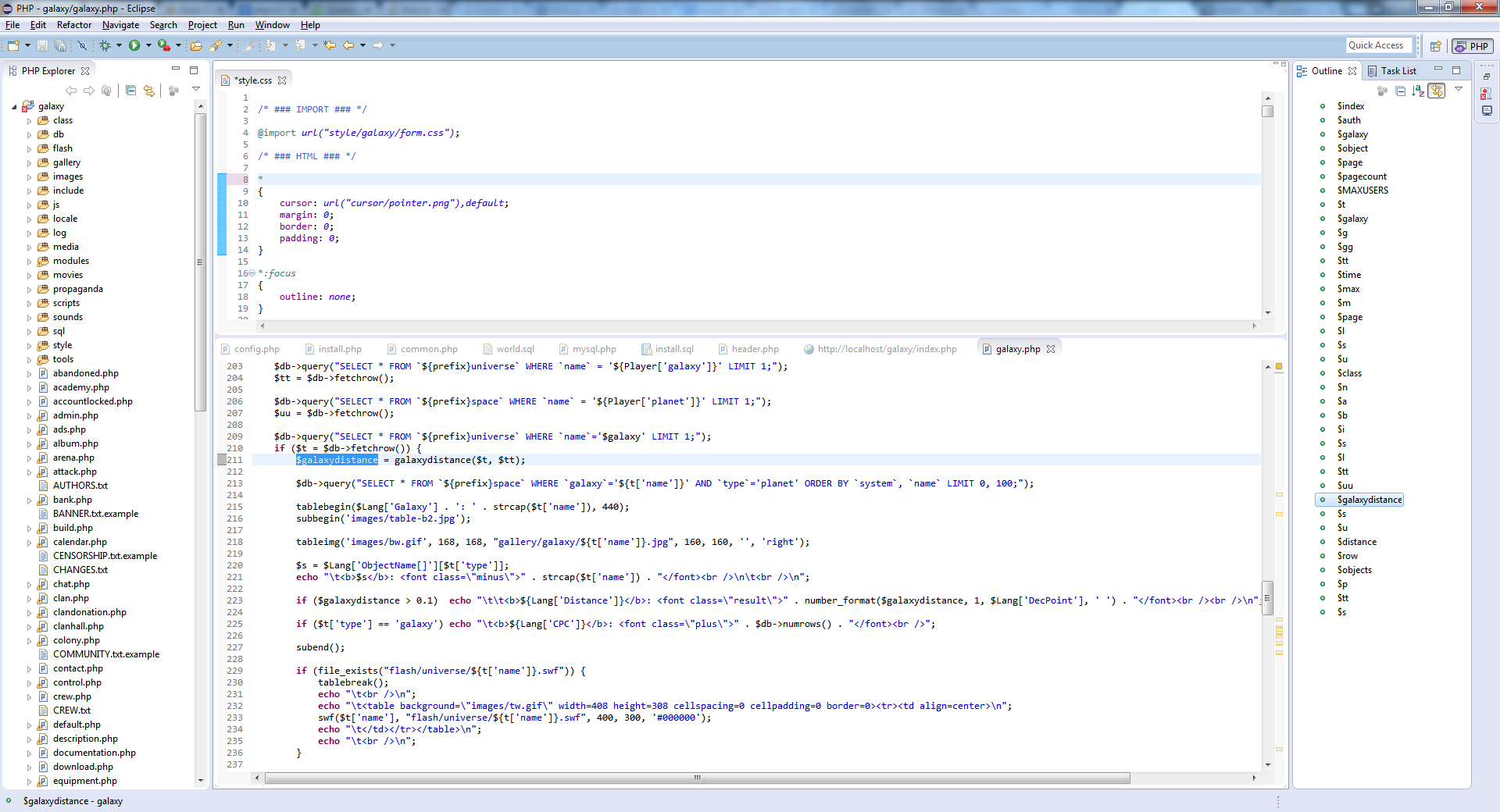 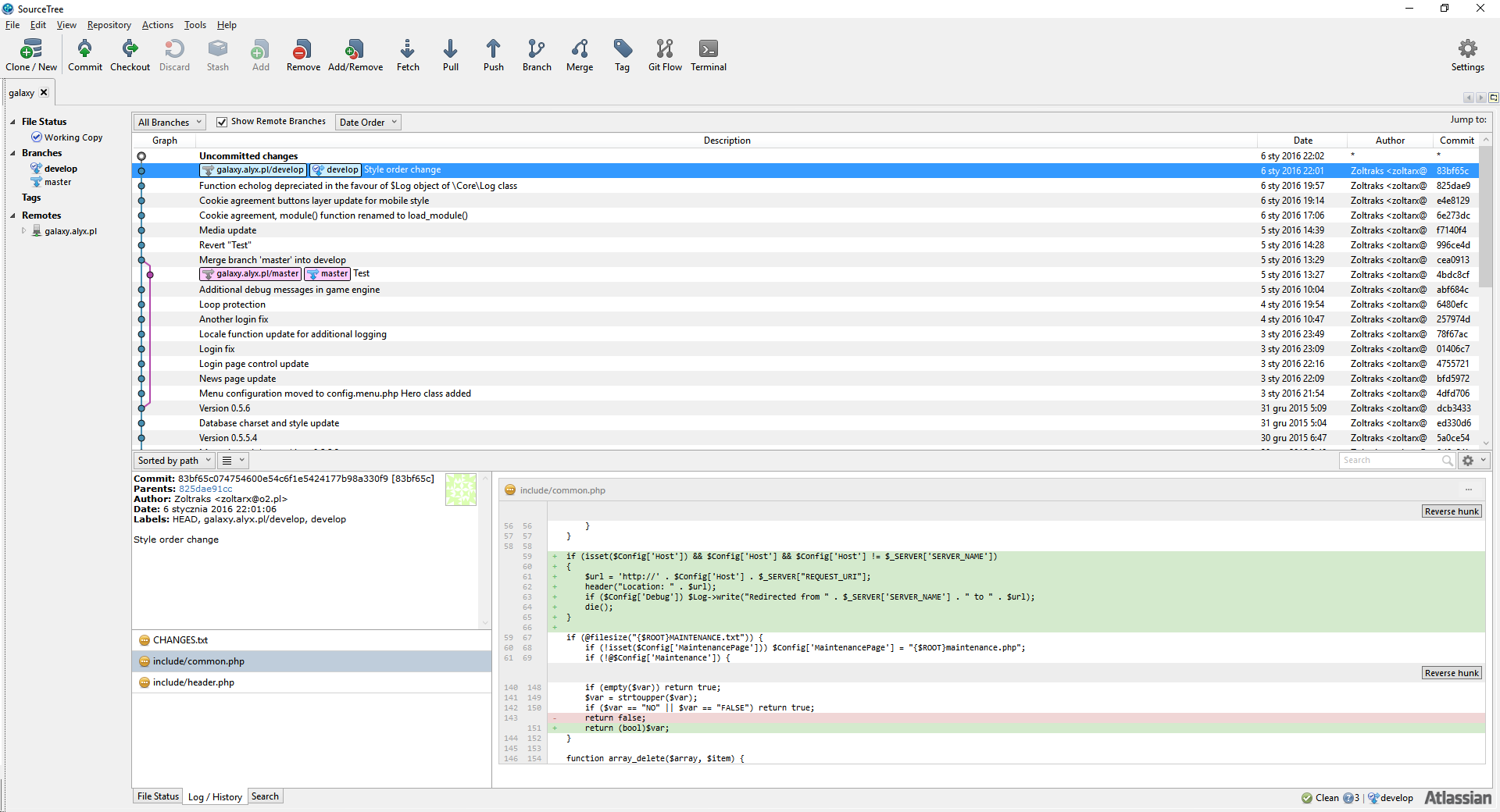 Web based online game where users are playing heroes travelling around universe and building their colonies. This is original repository for unmodified version of Galaxy Forces game.

This is an application that can also be fetched from https://sourceforge.net/projects/galaxyforces/. It has been hosted in OnWorks in order to be run online in an easiest way from one of our free Operative Systems.