This is the Linux app named Text Analyzer Classifier Summarizer to run in Linux online whose latest release can be downloaded as pack1.51.tar.gz. It can be run online in the free hosting provider OnWorks for workstations.

Download and run online this app named Text Analyzer Classifier Summarizer to run in Linux online with OnWorks for free. 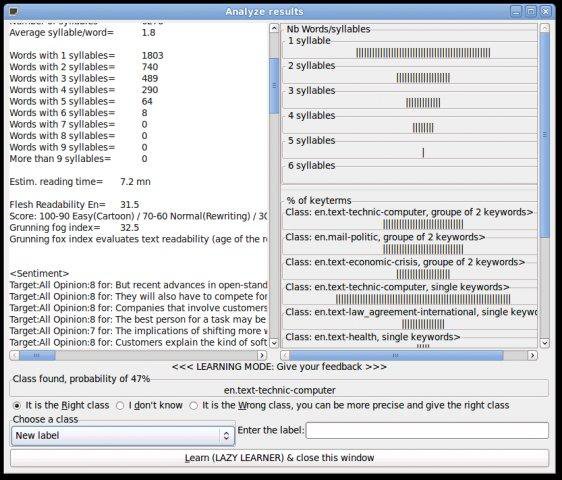 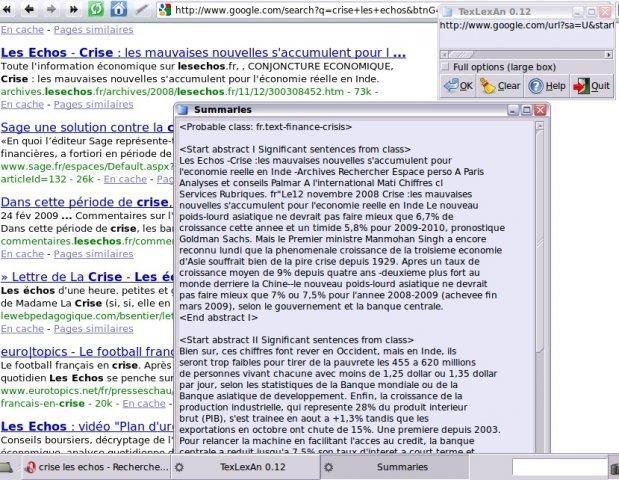 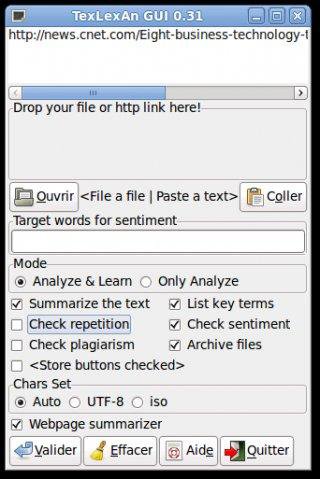 TexLexAn is an open source text analyser for Linux, able to estimate the readability and reading time, to classify and summarize texts. It has some learning abilities and accepts html, doc, pdf, ppt, odt and txt documents. Written in C and Python.

This is an application that can also be fetched from https://sourceforge.net/projects/texlexan/. It has been hosted in OnWorks in order to be run online in an easiest way from one of our free Operative Systems.