This is the Windows app named Alcibiade Chess to run in Windows online over Linux online whose latest release can be downloaded as chess-1.1.0.jar. It can be run online in the free hosting provider OnWorks for workstations.

Download and run online this app named Alcibiade Chess to run in Windows online over Linux online with OnWorks for free. 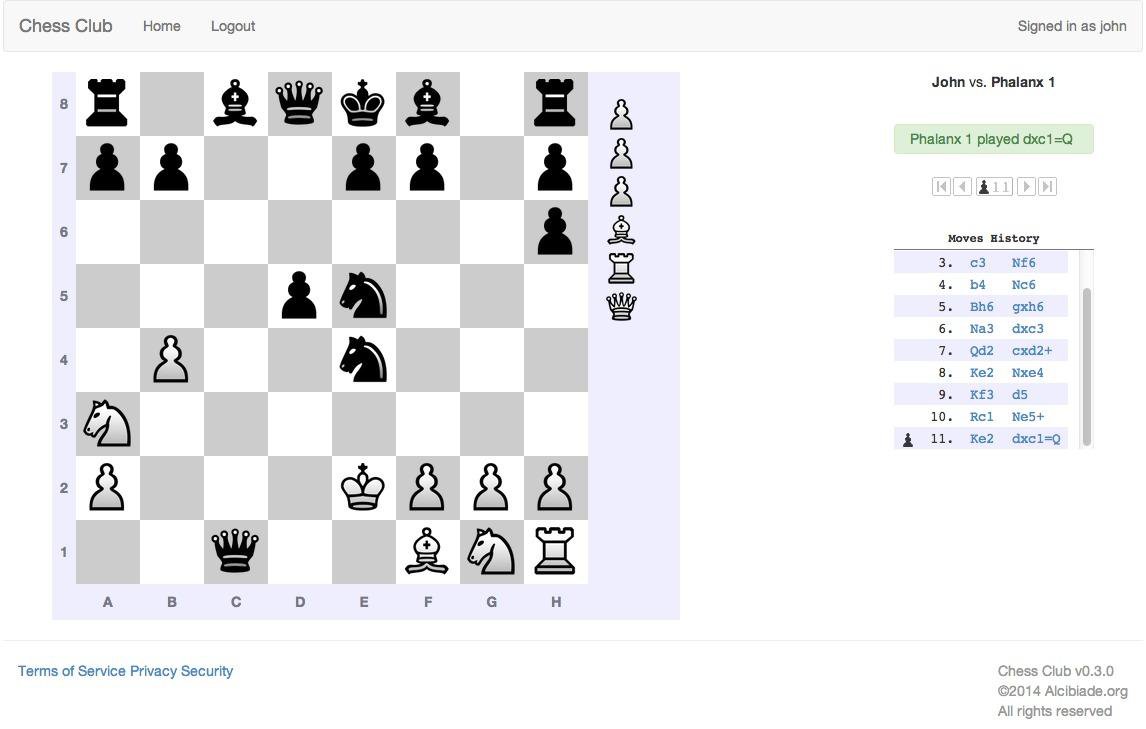 Alcibiade Chess to run in Windows online over Linux online

From the creator of MKGI Chess Club comes this next generation chess club. Completely re-written from scratch on the latest software frameworks, it features: social networks connection, scalable data storage, stunning graphics and much more to come.

This project has two parts:
- A Java Chess library containing board models, rules and PGN format management
- A complete Chess web application based on the core Java library

This is an application that can also be fetched from https://sourceforge.net/projects/alcibiadechess/. It has been hosted in OnWorks in order to be run online in an easiest way from one of our free Operative Systems.