This is the Windows app named KAREL 3D WebGL to run in Windows online over Linux online whose latest release can be downloaded as Karel-3DGLv9.zip. It can be run online in the free hosting provider OnWorks for workstations.

Download and run online this app named KAREL 3D WebGL to run in Windows online over Linux online with OnWorks for free. 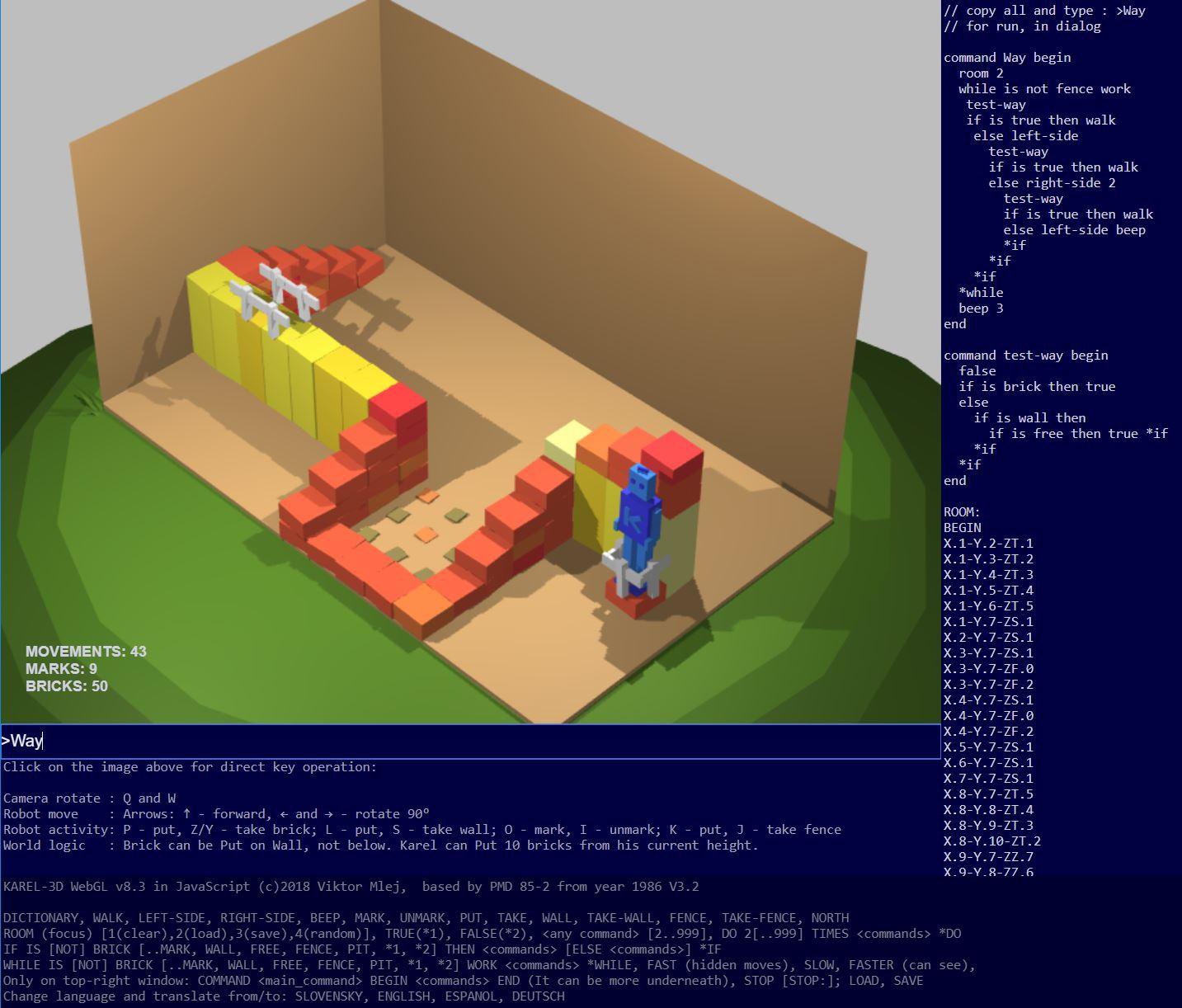 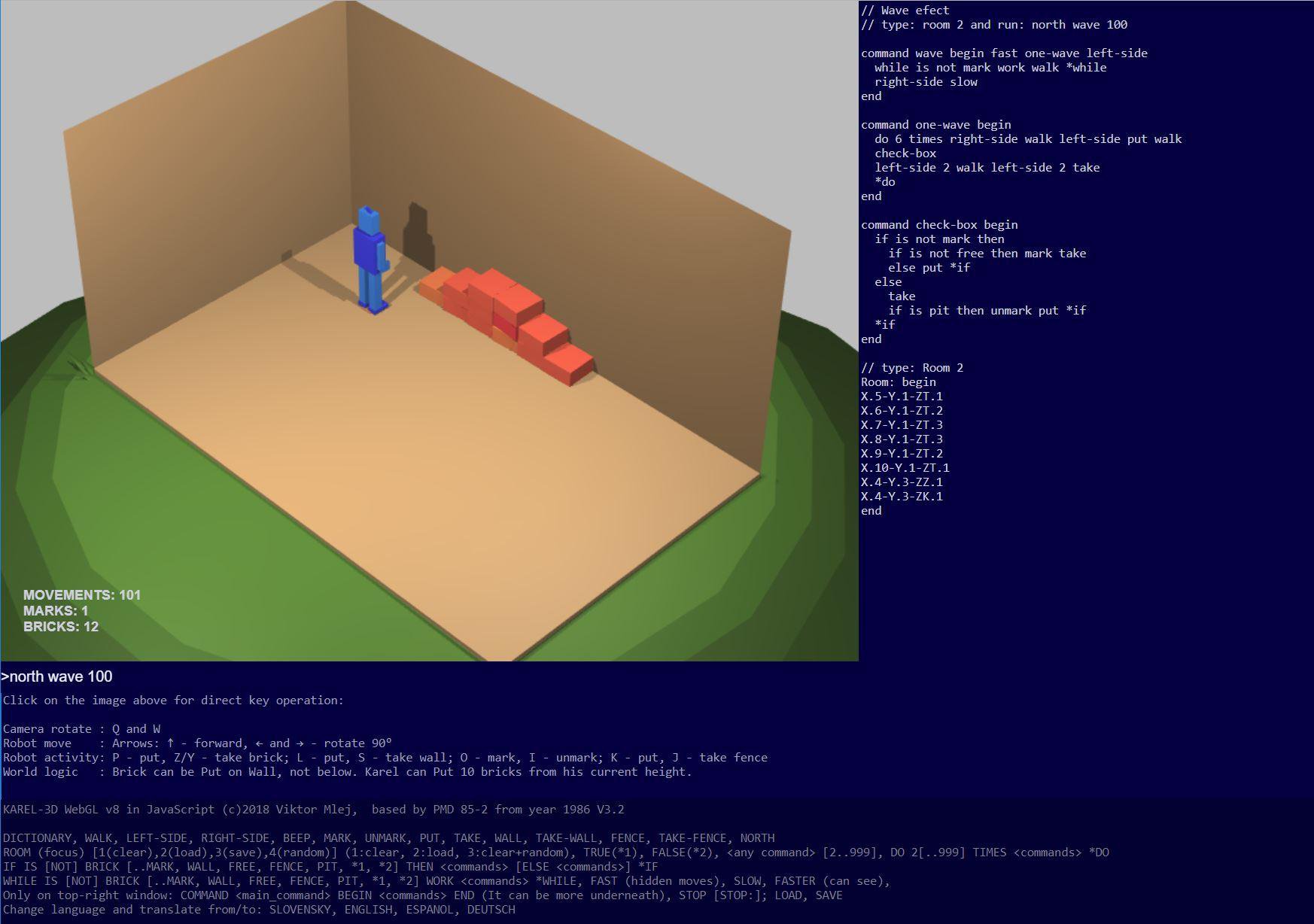 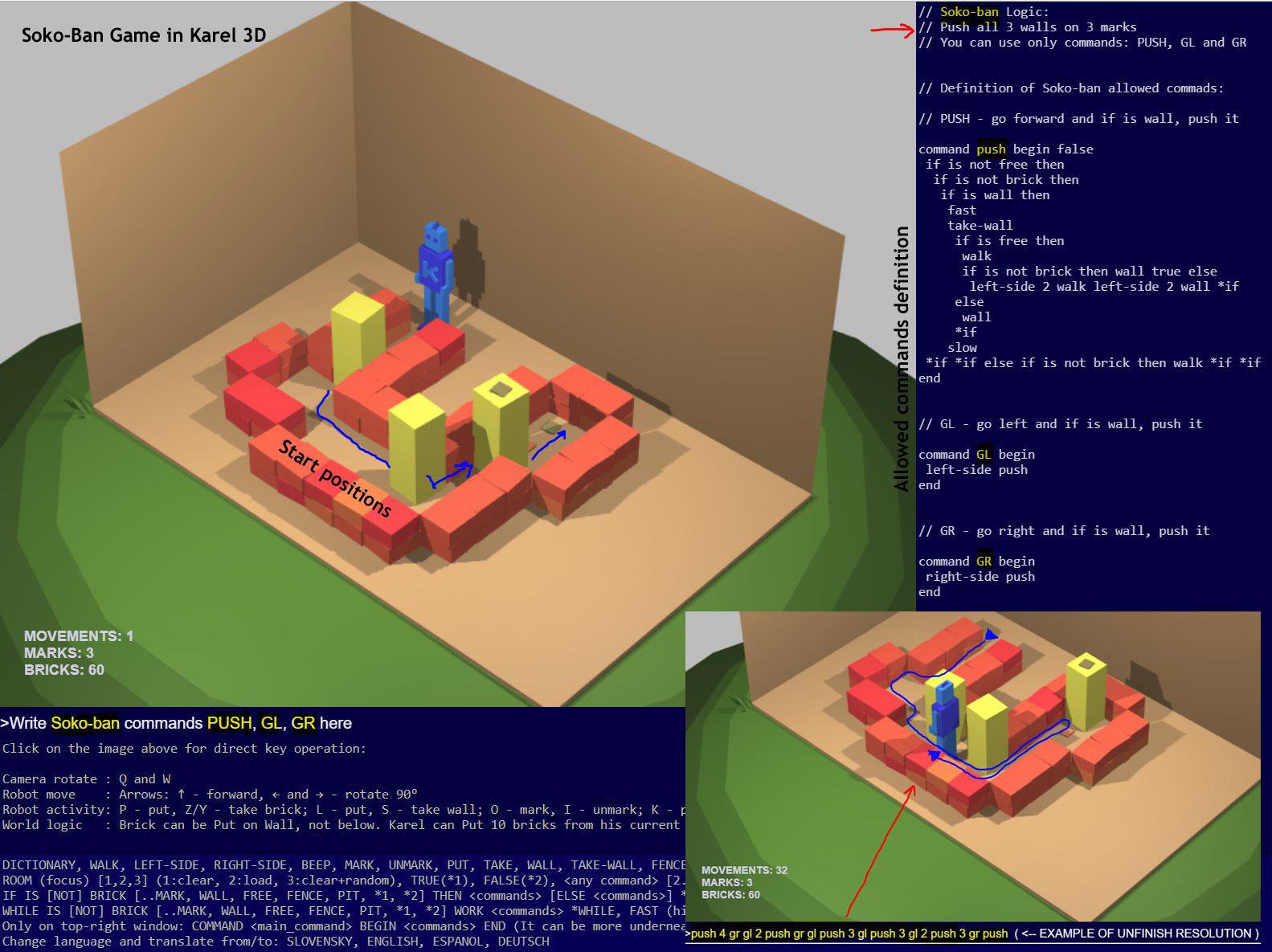 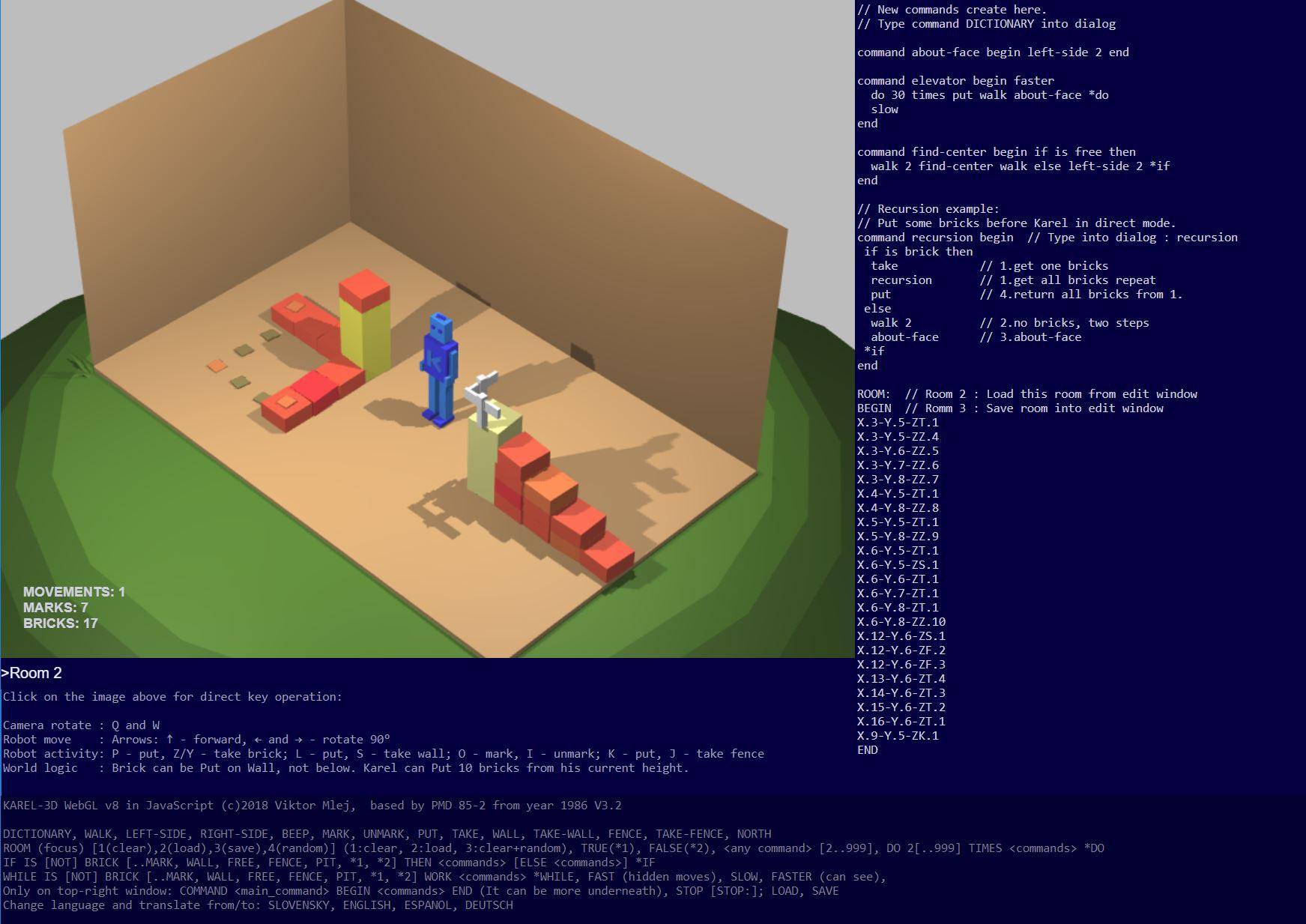 KAREL 3D written in JavaScript with WebGL
is a children's programming language for teaching algorithms.

This is later variant from Karel the Robot in 3D,
created in 1986 for 8bit microcomputer PMD 85-2.

Check out the Wiki (here) for more examples and pictures. Include ZIP with original historical manuals in Slovak language from years 1987 - 1990

Writen in HTML for fast universal use, including JavaScript code with Three engine.
After download and unzip, runable (run html file) without installation in internet browser.
Tested in EDGE and Chrome.

Version without WebGL, and just as one file (+ include examples in text file):
https://sourceforge.net/projects/karel-3d/

This is an application that can also be fetched from https://sourceforge.net/projects/karel-3d-webgl/. It has been hosted in OnWorks in order to be run online in an easiest way from one of our free Operative Systems.