This is the Windows app named NetMauMau to run in Windows online over Linux online whose latest release can be downloaded as netmaumau-0.24.0.tar.xz. It can be run online in the free hosting provider OnWorks for workstations.

Download and run online this app named NetMauMau to run in Windows online over Linux online with OnWorks for free. 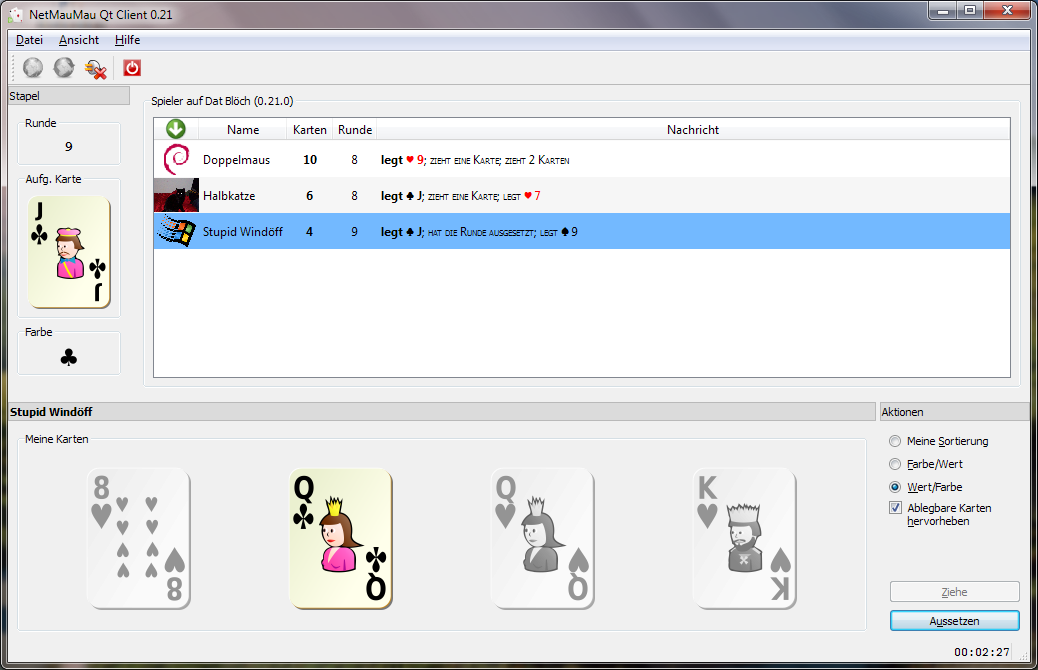 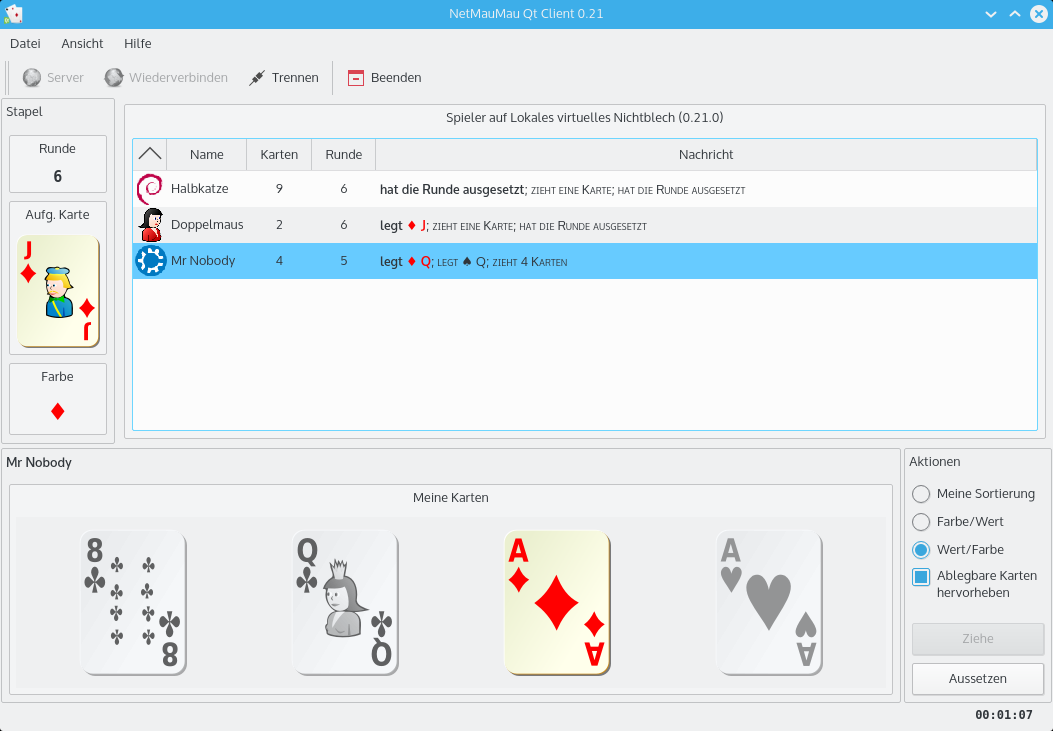 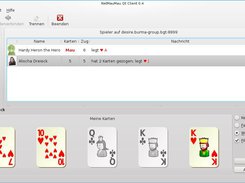 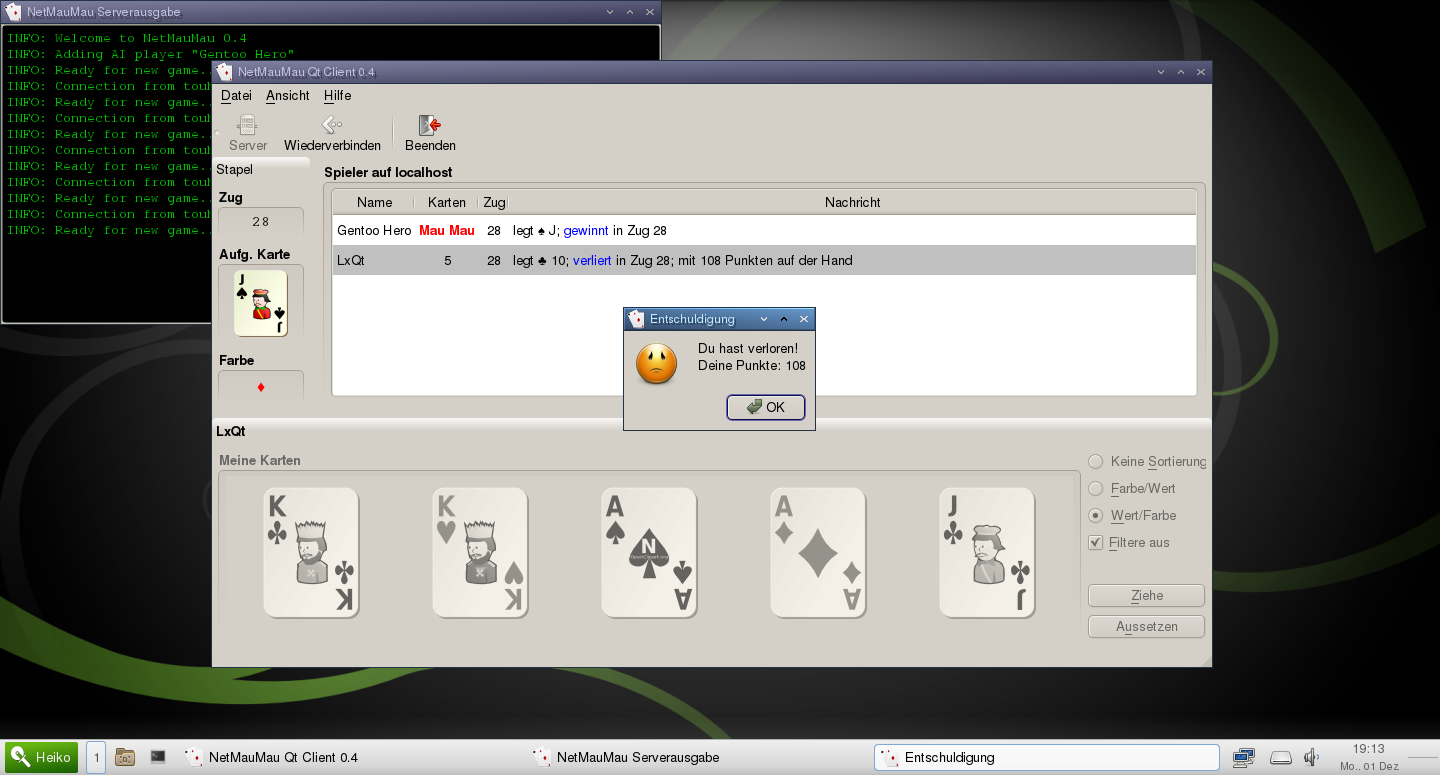 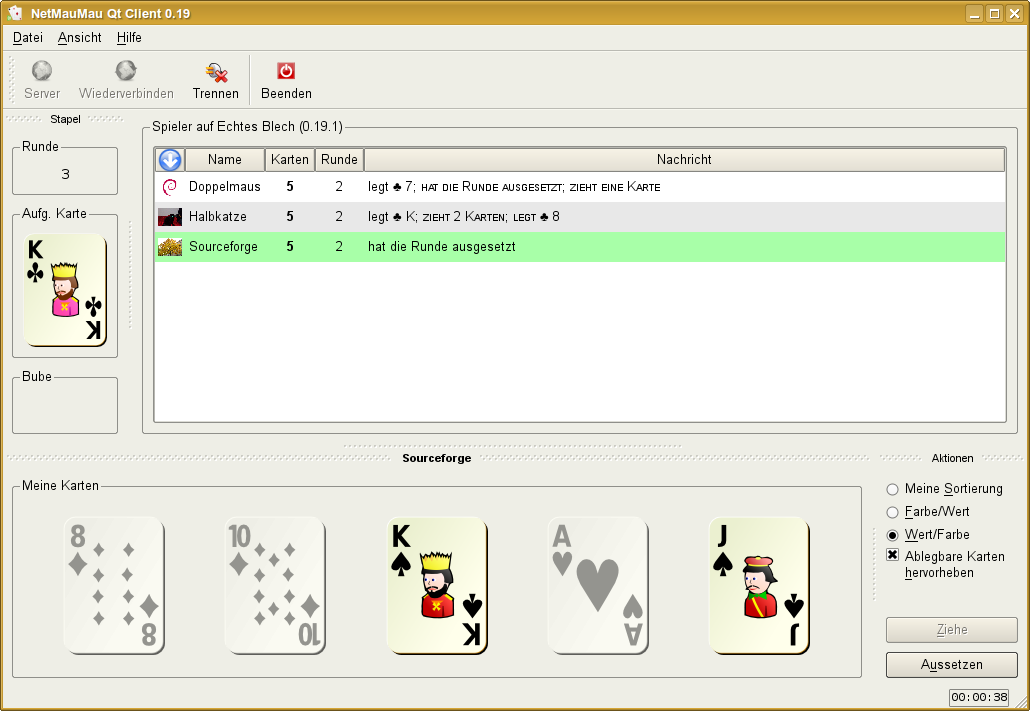 NetMauMau to run in Windows online over Linux online

Play the popular card game Mau Mau (similar to UNO®) against the computer or over the network with your friends.

It consists of a highly configurable stand-alone server and a client based on Qt4/5. The client's development is now ceased and in search of a new maintainer, transforming it from a worse and annoying showstopper to a usable and fun to play one.

There are binaries available for Windows, Debian 7/8, Ubuntu and Arch Linux as well as ebuilds for Gentoo. See Files section for details.

This is an application that can also be fetched from https://sourceforge.net/projects/netmaumau/. It has been hosted in OnWorks in order to be run online in an easiest way from one of our free Operative Systems.