This is the Windows app named Orange Effort Estimation Tool whose latest release can be downloaded as orange-effort-estimation-v_1_1.zip. It can be run online in the free hosting provider OnWorks for workstations. 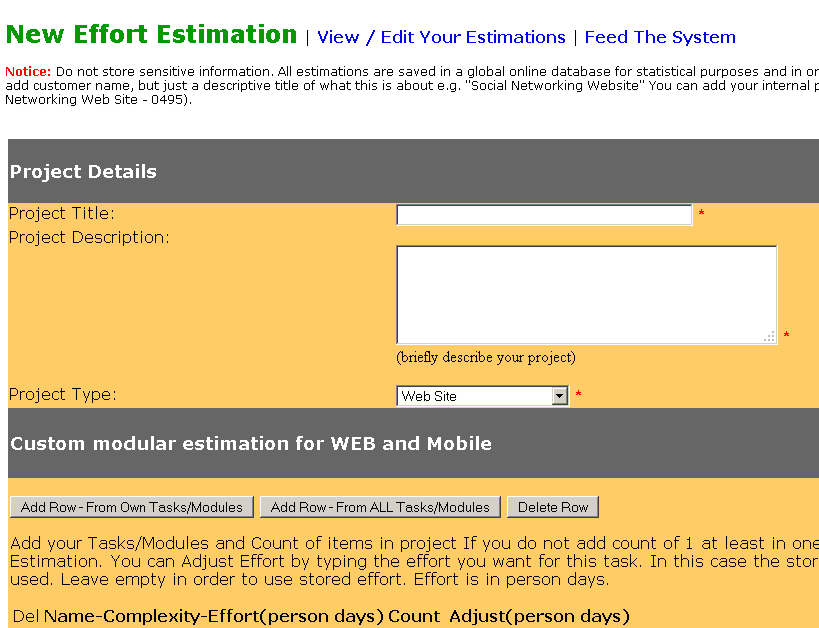 This is an effort estimation method based on expert judgment. Two options are available: Delphic Oracle and Three Point Estimation.

This method tries to find analogies and/or compares the project to be estimated with stored projects.

Finally, I have included a custom modular estimation method. Using this method you can use prior efforts estimations for small modules/pieces of work that can be found in most projects in order to create complicated project estimation.

The tool can be feeded with custom modules estimations for use in future project estimations.

This is an application that can also be fetched from https://sourceforge.net/projects/effort-estimate/. It has been hosted in OnWorks in order to be run online in an easiest way from one of our free Operative Systems.