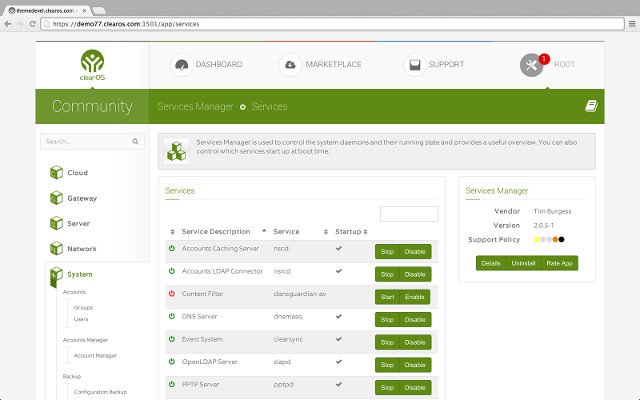 OnWorks ClearOS online, a small business server operating system with server, networking, and gateway functions. It is designed primarily for homes, small, medium, and distributed environments. It is managed from a web based user interface, but can also be completely managed and tuned from the command line. ClearOS is available in a free Community Edition, which includes available open source updates and patches from its upstream sources. ClearOS is also offered in a Home and Business Edition which receives additional testing of updates and only uses tested code for updates. Professional tech-support is also available. Currently ClearOS offers around 100+ different features which can be installed through the onboard ClearOS Marketplace. 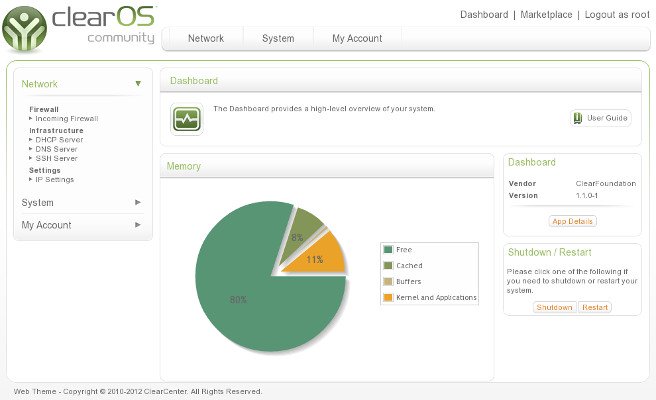 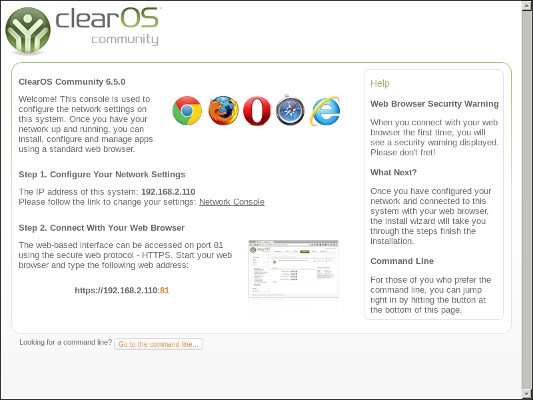 As you can see with ClearOS in OnWorks, this OS includes the following features: